Cholesterol High: Is the fat chat thin on fact? 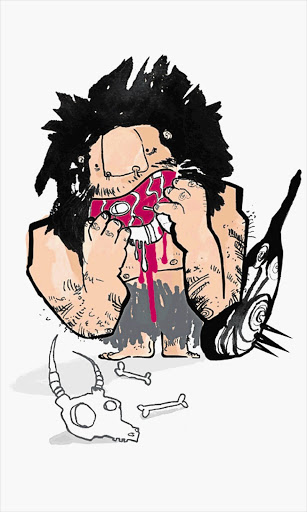 "Tim Noakes says we must eat fat and we'll lose weight," says one overweight mother to another outside the gates at their children's school one morning.

While this anecdote, recounted by Professor Lionel Opie, might oversimplify the recommendations made by Noakes in his latest diet and recipe book, The Real Meal Revolution, it does illustrate one of the book's central problems. The book recommends a high-fat, low-carb diet for weight loss and better health. In addition to its fragmented, sometimes confusing structure, one of the main messages of the book - that high-fat diets don't cause heart disease - lends itself to controversy and misinterpretation.

But it's not just misinterpretation Professor Noakes is up against. Doctors and dieticians have publicly questioned his diet, but Noakes is not backing down. In fact, he is working with a greater sense of urgency than ever and believes there is something fundamentally wrong with medicine and dietetics.

"When I began this research I had no idea nutrition was so critically important," he says. "Up to 80% of common diseases have dietary causes." He believes medicine has taken a wrong turn, treating the likes of diabetes and heart disease with drugs.

"Drugs are palliative; they don't change anything," he says. "The patient dies of the same condition in the end."

"I have never worried too much about what's controversial," he says. "I know this is the truth and I can't sleep until the truth is out."

That kind of conviction is hard to argue with, but neither doctors nor dieticians are taking his accusations lying down.

In an article in the South African Medical Journal this week, Opie, a world-renowned cardiologist and director emeritus at the University of Cape Town's Hatter Institute for Cardiovascular Research in Africa, evaluates Noakes's Banting diet alongside other diets and medications.

Besides the fact that the diet needs a proper trial before its findings can be viewed as conclusive (something Noakes admits), Opie says claiming that high fat in the blood doesn't cause heart disease is like saying Table Mountain doesn't exist. Eating too much saturated fat is related to high cholesterol.

"There is no question that cholesterol in the coronary arteries causes heart attacks," he says.

Among other queries, he also suspects that, as an athlete, Noakes deals mostly with other athletes, which means his reports come from "the point of view of someone who is exercise-trained. Intense exercise would mitigate the effects of a high-saturated fat diet."

Dieticians particularly resent the implication that they are the dupes of food companies.

Claire Julsing-Strydom, president of the Association for Dietetics in South Africa, says, "Unfortunately, his portrayal of dieticians is based on the assumption that they prescribe high carbohydrate, low-fat diets. This is not the case."

She says there is never a one-size-fits-all dietary solution.

"Dieticians prescribe an individualised meal plan with macronutrient splits to suit the needs of the individual patient."

Even among fellow practitioners, scepticism persists. Dr Greg Venning, a Cape Town-based chiropractor who runs the website getpaleo.co.za, has been experimenting with the Paleo diet, closely related to the low-carbohydrate diet or Banting diet, since 2008.

He says the diet has to be pursued in conjunction with the way in which we move and think. He also says Noakes's version of the story is growing outdated, though he welcomes the broader questioning of conventional medicine it has provoked.

"It's a fantastic starting point," he says, "but there needs to be significant progress in this dialogue."

So where does that leave our overweight moms?

Opie says the only diet that has been shown in trials to fight mortality, heart disease and cancer is the Mediterranean diet, high in nuts and olive oil. "But that won't make you thin," he adds wryly.