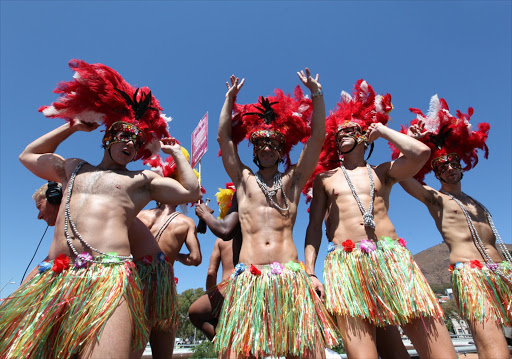 Though its theme is "Uniting the Cultures of Cape Town", Cape Town Pride 2014 has been marred by division.

The 10-day festival to celebrate lesbian, gay, bisexual, transgender and intersex rights will be boycotted by Khayelitsha's Free Gender organisation.

Funeka Soldaat, chairman of the organisation, claims Cape Town Pride is both racist and sexist.

"Cape Town Pride is run by white men and they are excluding women and the black community," said Soldaat.

"The festival is seen as a place to go to drink and have fun. It has become meaningless."

Festival director Matthew van As has accused Soldaat of sowing division in the gay community.

Instead of participating in the parade, Free Gender will host a dialogue and prayer session in response to homophobia in Africa.

The Treatment Action Campaign will participate.

Soldaat said people should be educated about issues such as the victimisation of the gay community in countries such as Uganda.

But Van As said no one was hand-picked to run the festival and that he and four others took it upon themselves to do the job when no other volunteers responded to a call in August.

"Funeka is saying it is a white man's thing. I might be white and I am gay, but I took up the reins because nobody else wanted to.

''The whole point of [Cape Town Pride] is to unite everyone as a force - but she is dividing us even more than we already are," said Van As.

He said the event's volunteers were racially diverse.

"The festival is to celebrate being gay and the rights we do have in this country."

About 4000 people are expected to take part in tomorrow's traditionally extravagant parade.