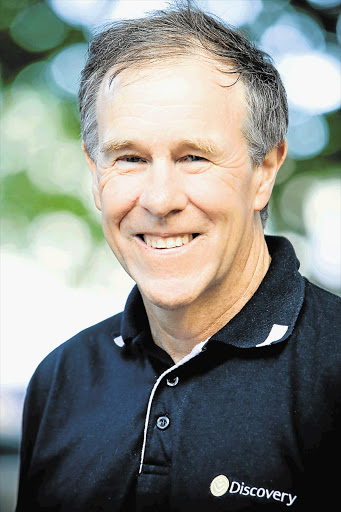 Professor Tim Noakes, an A-rated sports scientist, has become embroiled in another dispute over his high-fat, low-carbohydrate diet after he claimed it prevented cancer.

In a televised statement , Noakes said: "If you are not eating the carbohydrates you don't have to worry about developing cancer."

Noakes has claimed the latest scientific evidence indicates that people who are overweight or diabetic should drastically reduce their carbohydrate intake and increase their intake of animal fat.

Noakes has denied claiming that "if you are not eating the carbohydrates you don't have to worry about developing cancer", but Witt posted a video clip on Twitter in which Noakes makes the statement in an interview on KykNet's Regstreeks met Robinson.

When questioned by The Times, Noakes responded: "I do not understand why you pay any attention to Dr Witt, who has absolutely no qualifications in this field and is a few years out of medical school.

"All I have ever quoted was what world expert Craig Thompson, president of the Memorial Sloan Kettering Cancer Centre, says."

Noakes maintains that what he has said is that carbohydrates increase the risk of cancer, something Thompson also believes.

On his Twitter feed, Noakes said the main cause of cancer was sugar. He said: "Start with the Nobel prize in physiology in 1931. Otto Warburg: prime cause of cancer - fermentation of sugar."

But the managing director of the American Cancer Association, professor Otis Brawley, told The Times that while sugar might increase cancer growth, it did not cause the initial development of such cells.

"Cancer studies have not shown that carbohydrates are more dangerous than proteins," Brawley said.

This is not the first time Noakes' assertions have been criticised.

Two weeks ago, cardiologist Anthony Dalby said Noakes's approach had resulted in some of his patients avoiding cholesterol-lowering medication and putting themselves at risk of heart attacks.