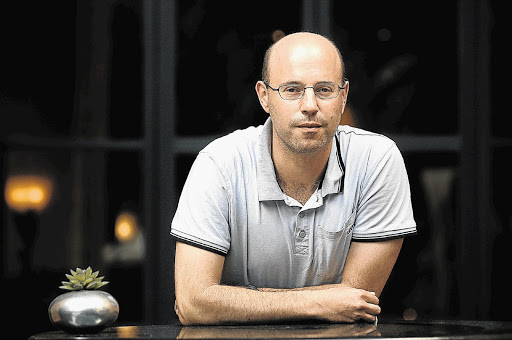 I did not know it but I had discovered the peculiar power of literature. Another invented world, it reaches into our own, very real, world, in ways few other forms can.

Why do you write?

I'm not sure. In order to be remembered after I'm dead, perhaps. It is probably a foolish motivation pursued in vain.

What's the first book you read that made you think differently?

I was eight or nine. My mother read meI Am David by Anne Holm about a boy who escapes a concentration camp in Eastern Europe and walks to Denmark to find his mother. The book was also about me and my mother. In reading it together we were affirming what each of us privately doubted - that she loved me and that, were I to look for her, I would find her. I did not know it but I had discovered the peculiar power of literature. Another invented world, it reaches into our own, very real, world, in ways few other forms can.

If you had more time in your day how would you use it?

I am an insomniac so my days, or nights rather, are already too long. I would gladly have fewer waking hours in exchange for more sleep.

Where is your favourite place to write?

Anywhere that is absolutely silent.

Who are your literary heroes?

I have so many. Everyone I have read who has managed to conjure a world that a) I could not have otherwise imagined, and yet b) instils in me new thoughts and feelings about my own world: Katherine Mansfield, James Baldwin, Colm Toibin and JM Coetzee are among them.

No rule is golden. I cannot think of a rule that would not need to be re-examined in some conceivable context.

What are you working on next?

A book about a man who spent the first 17 years of democracy in jail for a crime he did not commit. When I found out about him, I wanted urgently to meet him. I wanted to know what he saw when he walked through post-apartheid South Africa for the first time. We have forgotten what has changed and what has not. I wanted to talk to him while the world around him was still surprising.