Day Life:"Life is a beach in the CBD 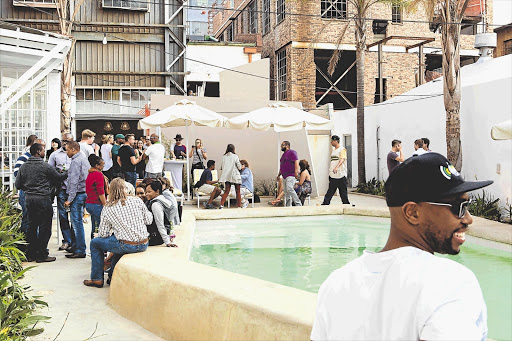 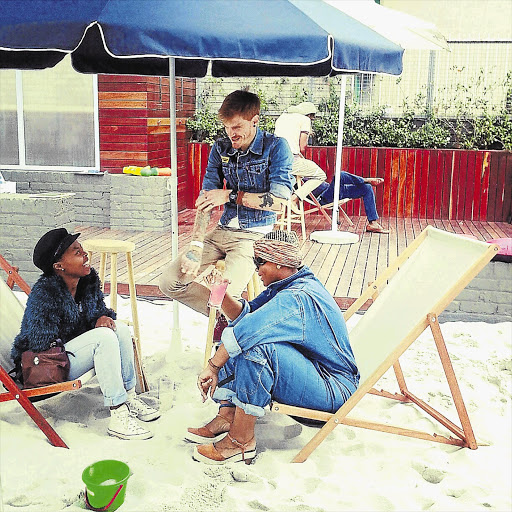 Blue skies, striped deck chairs, a tiki bar shaded by bright umbrellas and soft white sand to sink your feet into - these are things not usually associated with Johannesburg. But short of bringing in lapping waves, property developer Adam Levy - who is behind much of the regeneration of Braamfontein - has created a beach in the centre of the traffic-congested city.

''Johannesburg is a very urban environment that has a lot to offer. The Beach shows we can do amazing things in our own backyard," says Levy. ''I came up with the concept while backpacking around Europe 12 years ago."

Levy has brought in the cocktail-making flair of Thirst Bar Services to run the drinks side of things. Thirst's owner, Clyde Ackerman, says he was inspired by the resurgence of the tiki trend when he designed the drinks menu.

''Tiki cocktails have been around since the 1930s and they're now enjoying a big comeback," says Ackerman. ''They are generally rum-based, but we've added some fun elements like real sea shells and plastic pirate swords for garnishing.

"We've also created aquamarine-coloured drinks served in plastic zip-lock bags with floating edible goldfish, which have been a huge hit with the sun-worshippers up here on the building rooftop."

On the fifth floor of one of Levy's Braamfontein buildings, The Beach attracts patrons in slip-slops and Bermuda shorts, who arrive after a morning at the Neighbourgoods Market across the road and want to spend a laid-back afternoon in the sun. It's pretty bizarre that you can hear sirens and hooting cars on the street below while you sip your cocktail and try to conjure up azure waters, but somehow the juxtaposition works, especially when the women come in their bikinis.

The Beach is open every Saturday from noon to 7pm. Entrance is R100 and includes a complimentary welcome drink.

Hidden behind the vast hallways of the Moad museum on Commissioner Street, in the middle of the Maboneng Precinct, Poolside opened on Saturday as an oasis in the centre of the city.

Refreshing Aperol Spritz cocktails are the order of the day, the tangerine liquid in bright contrast to the white colour scheme of the venue, framed with white umbrellas. Surrounded by downtown face-brick buildings, with fire escape stairs overlooking the pool, Poolside has perfected the summer-time drinking-hole appeal of big city bars like The Delancey in New York or the Radio in London.

Owner Warren Bokwe says he came up with the idea when a space around the pool at Moad museum became available.

''The pool was built for the surrounding buildings, but there was a restaurant space and bar area attached that wasn't being used," says Bokwe.

''The concept of the venue is based on the Italian aperitivo tradition - pre-meal drink and snack to whet the appetite, with a chance to socialise and relax without ruining your dinner. Our idea is to do aperitivo all day."

Poolside will serve tasting boards in the shape of the pool, with a range of antipasto, veg options or cheeses. It also offers fresh salads and panini, served poolside all day and into the evening, accompanied by drinks on tap like Aces Premium Lager and Dragon Fiery Ginger Beer that will change weekly. It is open Tuesday to Sunday from noon to 10pm at 281 Commissioner Street, Maboneng. See facebook.com/poolsidemaboneng