Book Art: Artists between the covers 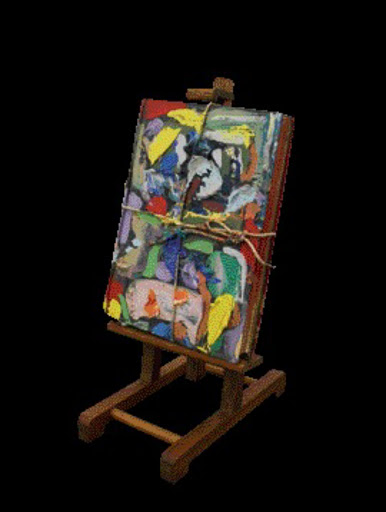 What sets the Book Art exhibition and Gallery AOP apart is that the owner, writer and former lecturer Wilhelm van Rensburg is keen to walk and talk you through the exhibited works. His welcoming approach is unusual in the often impersonal art world.

It's no coincidence that Gallery AOP is staging the exhibition Book Art; the Milpark gallery specialises in work on paper, and most artist's books are available as limited edition signed and numbered copies.

" Book Art celebrates the artist's book as an autonomous form of art and as a primary means of expression for some artists," says Van Rensburg. "Instead of painting or sculpting, the artist may want to make an artist's book or experiment with the possibilities that the codex (traditional Western binding) form of a book has to offer."

It isn't all on paper - Steven Sack's bamboo diaries are included, says Van Rensburg, ''to show how the book arts have gone beyond the codex form of the book and can be of any medium, in any sculptural shape". In this work, Sack writes, paints, carves and sculpts stories of periods of his life.

Though South Africa doesn't have a grand tradition in book art, contemporary artists are increasingly exploring the medium. So, while the literary establishment continues to debate the death of the book on paper, the notion of the book as an ''objet d'art" might become prevalent.