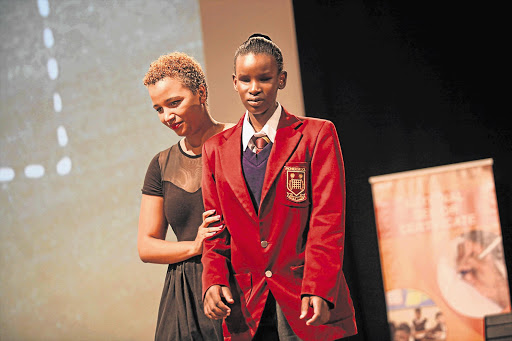 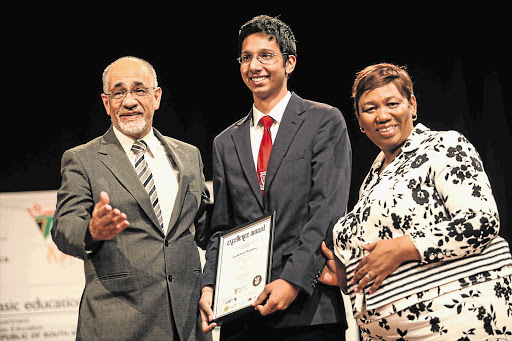 This means that 72% of them, more than half a million school leavers, will have to find a job.

"Pupils should be encouraged not to rely just on a matric, but [to attain] a post-matric qualification."

"Matric is simply not enough to get you anywhere," said Graeme Bloch, visiting adjunct professor at the Wits University School of Governance. "You have to strive to do well enough to get you into an FET college or university.

"Pupils should be encouraged not to rely just on a matric, but [to attain] a post-matric qualification."

The overall pass rate was down in five provinces.

Motshekga said her department needed to look seriously at what had gone wrong in the province as it had the largest number of pupils who wrote the 2014 examinations - about 50% of all matric pupils.

Bloch said: "I don't want to play the blame game when it comes to teachers, but they need to be 'less union'. We need to spend more money on teachers. The problem is [there are] not enough teachers and not enough quality teachers coming through the system."

The president of the National Professional Teachers' Organisation of South Africa, Basil Manuel, agreed: "More money should be spent on the quality of education of teachers and we need to investigate whether short courses for teachers actually work."

The minister said the Education Department was focusing on improving the quality of teaching. The number of teachers who had a teaching qualification had risen from 53% in 1997 to 97% by 2013, she said. "The numbers grow year on year."

Motshekga said the new Caps curriculum, which replaced Outcomes-Based Education in 2014, might have contributed to the lower pass rate.

"I knew trouble was coming when raising standards."

"No doubt the system will adapt to the changes and reap the benefits of added quality of systems," Motshekga said.

Experts believe it is not only the standard of the new curriculum that is to blame. They say educators were not adequately supported or retrained to teach the new syllabus.

"We have summer schools for pupils but we also need it for teachers. We need to increase the capacity of teachers," said the teachers' organisation's Manuel.

Nic Spaull, a researcher in the economics department at Stellenbosch University, cautioned that the pass rate is just one statistic in the education system. A key focus, he said, should be the number of pupils passing challenging subjects such as mathematics and science, and gaining university entrance.

In addition, Spaull said research showed that children acquired learning deficiencies early in their schooling so every child needed a solid foundation in grades 1 to 3.

"Additional resources will improve outcomes only if they are mediated by competent bureaucrats and principals," he said. "Throwing more money at a problem is unlikely to fix it. We need to improve both accountability and capacity," said Spaull.

"There are currently no consequences for non-performance . We need to evaluate training programmes and roll out only the ones that actually work and also run a skills audit at district level," he said.

Spending more than 19 hours a day on his studies during the past six months paid off for the first runner-up in maths and physics, Luvo Luzipho, of StJames's High School, in Cofimvaba district, Eastern Cape.

Luzipho, 18, used the money he earned tutoring other pupils to buy study guides for maths, physics and life science, which cost him R150 each.

Sisipho Khubukeli, 18, of the Pioneer School for the Visually Impaired, in Worcester, Western Cape, was named one of the three top achievers in the "Against All Odds" category.