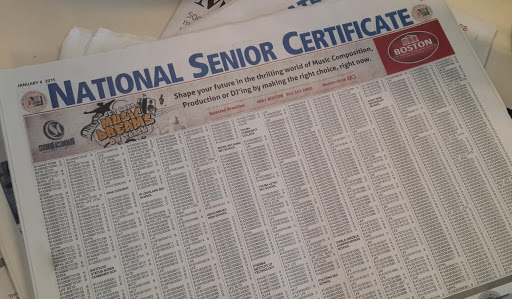 The Department of Basic Education is in turmoil after its database suffered an alleged ''catastrophic'' hack attack and important information was lost.

The cyber attack was believed to have been committed by a splinter group of the hacktivist organisation Anonymous, which is said to have hacked the SA Police Service a year ago.

Several sources, who spoke on condition of anonymity and who claim to know the extent of the damage, are calling the hack "catastrophic".

By last night it was not clear if the lost data could be retrieved.

According to the insiders, the data that have gone missing include documents related to policy, tenders, research papers, personal information and matric results.

"If you need a copy of matric results from 10 years ago, they would be gone," said a source.

The department was apparently attacked on Monday.

Insiders said the minister had been informed by yesterday.

"All we know is that they lost data, and we don't know where it has gone," one said.

Information pointed to a sub-group of Anonymous being behind the breach, he said. Investigations were under way to determine the source and the extent of the breach.

But the department denied it had been hacked. Spokesman Elijah Mhlanga, said one of its servers had crashed.

"It's been restored and we continue to upload information," he said.

Claims that information relating to schools and examinations had been lost were "nonsense", Mhlanga said.

"We didn't lose anything and everything will be up and running in five days."

Logging on to the department website yesterday revealed a number of blank pages.

On the home page a fault message says: "Due to technical issues, the DBE website is operating under limited functionality. We are in the process of restoring the functionality and apologise for the inconvenience caused."

The database reportedly hacked is run by the State Information Technology Agency, situated in Centurion, Pretoria.

Lucky Ditaunyane, spokesman of Umalusi, said the matric exam quality control body kept matric results but its archives went as far back only as 1992.

"The data that precedes 1992 is with the Department of Basic Education," he said.

Anonymous has been responsible for a number of high-profile cyber attacks recently. It claims its attacks are motivated by activism.

The organisation has in the past singled out the Church of Scientology and corporations such as PayPal, MasterCard, Visa and Sony.

Most of its cyber attacks are denial of service attacks, which prevent traffic to sites, although there have been cases of hacking.

In South Africa, a group claiming to be associated with Anonymous is believed to have hacked the SAPS website in May last year.

More than 15000 e-mails sent to the police were hacked and published online.

The hacker claimed the attack was in retaliation for the shootings at Marikana. Another group calling itself Anonymous Africa has launched several denial of service attacks in the last year, including on Independent Online and singer Steve Hofmeyr's website.

The government's databases have a reputation of having poor cyber security.

Danny Myburgh, MD of Cyanre, The Computer Forensics Lab, said urban legend in the hacktivist community was that if you wanted to get into a hacking group you had to show proof of your hacks, "but the hacking of South African government websites does not get you into these groups".