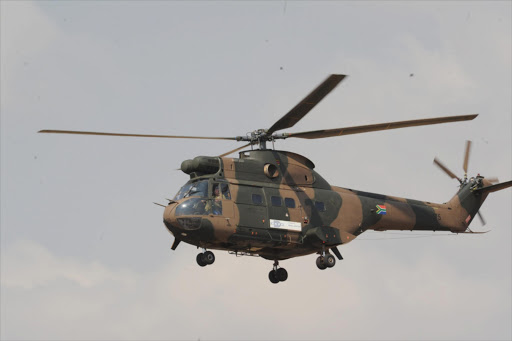 A South African Navy helicopter was yesterday forced to make an emergency landing at the Milnerton Golf Club in Cape Town.

The cockpit of the chopper reportedly caught fire and was forced to land on the 11th hole at the golf course late yesterday.

But Department of Defence spokesperson Brigadier General Marthie Visser said in a statement yesterday: “A Lynx helicopter of the South African Air Force conducted an emergency landing on the Milnerton Golf Course during a routine maintenance test flight today.

“No injuries were reported. A preliminary investigation has been initiated to determine the cause of the incident.”

She did not comment on the alleged fire in the cockpit.

Police were also reportedly at the scene but Western Cape provincial spokesman Lieutenant Colonel Andre Traut refused to comment on the matter.

“It’s an SA Navy matter, contact them,” he said.