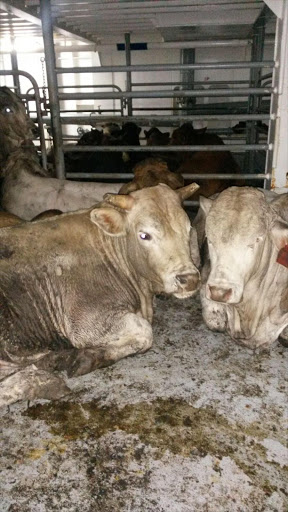 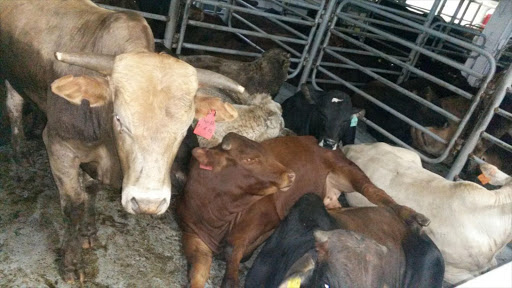 The export of live animals by sea from South Africa for slaughter continues‚ and contraventions of existing legislation had recently resulted in warnings being issued to exporters and ship owners‚ while criminal charges were being considered‚ the National Council of SPCAs (NSPCA) in South Africa said on Tuesday.

Personnel from the NSPCA’s Farm Animal Protection Unit and the NSPCA veterinarian monitored the handling and loading of these animals as well as the conditions on board the vessel before departure for both shipments.

“Numerous pens on board the ship did not have the water supply turned on. Water troughs were too small and inadequate…

“Dangerously high ammonia level readings were obtained through a Draeger ammonia reader that was placed periodically on various decks. The reader’s alarms sounded as the levels were recorded to be over 100 parts per million (ppm). An acceptable level of ammonia is only 25ppm‚” the NSPCA said in a statement.

“On this first shipment‚ incidents were witnessed of animals being kicked in their faces‚ excessive and/or unnecessary prodding and tail twisting by the personnel employed by the exporter - Page Farming Trust - as well as a South African Police Service officer.”

The Holstein Express returned to East London two weeks later to be loaded with more animals destined for slaughter in Mauritius.

A warrant was obtained from the East London Magistrates Court on July 15 enabling NSPCA personnel to monitor the handling and loading of the animals as well as the conditions on board the vessel at the docks.

“Many of the cattle had been transported by road from as far away as Vryburg in the Northern Cape. Loading of the cattle commenced after the animals had spent an estimated 22 hours on the road and at the docks. This contravened the stipulated 18-hour limit in the South African National Standard (SANS) 1488:2014 which was established to control and ensure the humane transportation of livestock by road.

“The vessel docked in the afternoon of July 15 when pre-loading discussions took place with the Master of the vessel and a representative of Page Farming Trust.

“During these discussions it was confirmed to the NSPCA that the handling of the animals would be improved.

“Vroon‚ the owners of the Holstein Express had made significant structural changes by adding non-slip flooring to the slipways‚ changing the rusted water bowls and improving the air ventilation system throughout the vessel. Despite these changes‚ the water reticulation system remained problematic on the decks….

“The NSPCA again calls for this inhumane practice to stop‚ advocating the export of meat rather than live animals. There is no protection and independent monitoring of the health and welfare of animals at sea.”