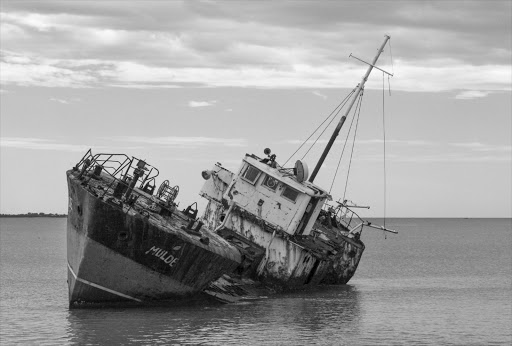 A stranger walked up to an Arniston fisherman who lost everything and gave him R1 000.

A Cape Town pupil "who loves Arniston and its people" has plans to start a fundraiser, and people who read about the plight of the fishermen who lost their only means of income, are putting on their thinking-caps.

And all of this this was sparked by the story of Gerald Swart, 59, and his ten-man crew, whose boat the Mrs H is now at the bottom of the ocean after trying to save a stricken craft on Monday. When the boat sank, it quite literally also sank the hopes and dreams of the 11 Southern Cape families.

The vessel went under after towing another boat, the Agulhas, between Struisbaai and Witsand.

It appeared the Agulhas may have been caught in a channel after its motor failed. While assisting the craft, a two-metre-high swell broke over the Mrs H, causing it to take on too much water, and she started to sink.

The fishermen from both craft were eventually rescued by a third boat, the Dor-Jaq, which had rushed to their aid.

Since the tragedy, he has received R1 000 from a stranger, while five others have approached him to offer assistance.

“I am ever so grateful to these people. They don’t know me but they are willing to help. This is wonderful,” he said on Friday.

One reader, who asked not to be named, said he was touched by Swart’s positivity.

“This man went out of his way to assist another person and I was taken with his willingness to help. And even after the unfortunate incident, he was still so hopeful that all would work out,” the man from Johannesburg said.

“While I am only able to make a small financial contribution, perhaps a fishing company could also come on board and help.”

A 14-year-old girl from Cape Town as well as a Pretoria doctor has also offered to do their bit to assist Swart and his crew.

Swart, however, was more worried about the families of his crew who are without income.

“They need this to survive,” he insisted.

“If anyone can help, it would mean the world to me. May God bless those who can afford to give, and also those who can’t.”