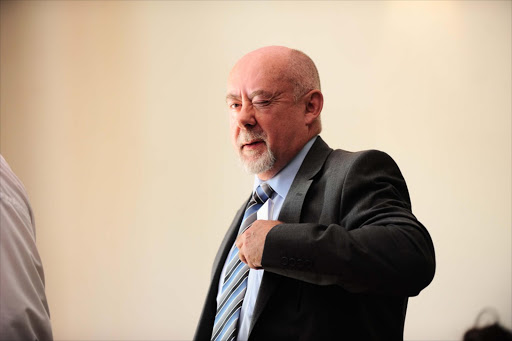 Judgment was reserved in cardiologist Dr Wouter Basson's review application to set aside a decision by two members of the HPCSA's professional conduct committee not to recuse themselves from the proceedings against him.

The matter was heard in the High Court in Pretoria from Tuesday and was concluded on Wednesday.

In December 2013, the Health Professions Council of SA's (HPCSA's) committee, headed by Professor Jannie Hugo, found Basson guilty on four counts of unprofessional and unethical conduct as a medical doctor when he headed the apartheid government's chemical and biological warfare programme between 1981 and 1992.

It found he acted unethically by making cyanide for South African soldiers so they could commit suicide if captured, and that he had violated the medical ethical principle of "first do no harm".

Last January, the High Court ruled that Basson was entitled to lodge a recusal application against the members of the committee and interdicted the committee from continuing in Basson's absence.

The proceedings before the HPCSA had been stayed pending the application of Basson's review application.

He said in an affidavit that their conduct should be seen in light of the fact that they had granted the prosecution a postponement of almost a year to search the world for an expert to contradict concessions another expert had made in his favour.

When his hearing started in 2007, the respondents were already siding with the prosecution, he said.

Basson's advocate, Jaap Cilliers, said the fact that Basson was forced to go to court before Hugo admitted being a member of the Medical Association, which agitated for his removal from the roll, showed he was biased.

This was despite Hugo's protestation that he never signed the petition.

Mhlanga was a member of the Rural Doctor's Association, which also signed a petition calling for Basson's removal.

The two petitions were allowed as evidence in aggravation of sentence, despite Basson's objections.