A rural school in KwaZulu-Natal is in hot water after an explicit video showing one of its teachers having steamy sex with a learner in the school cottage went viral on social media. 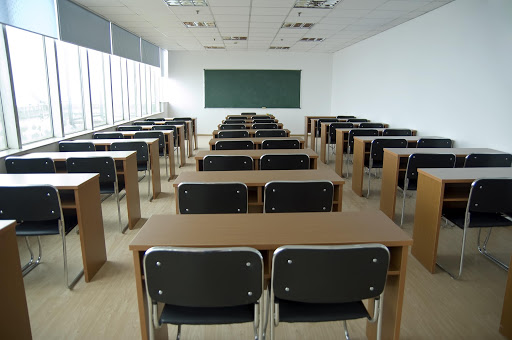 Addressing learners at Ekucabangeni High School in Nquthu in northern KwaZulu-Natal on Thursday afternoon‚ Dlungwane said a teacher who sleeps with a learner or who has a child with a learner has fired himself.

“It’s a crime we cannot forgive. We can’t have teachers who take advantage of the fact that we have put our trust in them and then they sleep with learners. We cannot accept that‚” he said.

He said in terms of department policy the teacher who engaged in sex with the learner had already been suspended.

Dlungwane said he had already appointed a senior official from his department to lead an investigation into the sex incident at the school.

He said during his meeting with parents‚ the school governing body and teachers that he had been told that there were other teachers who could be implicated. Pupils had affirmed this to him.

“The investigation has started now and I am expecting a report within the next two weeks as well as about other teachers who are implicated‚” said Dlungwane.

He said he would also open a case against the offending teacher at the local police station “because what has happened is unacceptable”.

“I have been entrusted with protecting learners in the province. If I can’t protect the learners‚ no one can. We can’t allow these things to happen before our eyes because you are the jewel and future of this country. If you are not protected it means that our future is not protected‚” said Dlungwane.

After seeing the sex video‚ learners at the school went on the rampage and burnt the cottage where the alleged incident took place. They also demanded that the teacher not be permitted on the school’s premises.

It is alleged that when learners tried to attack the teacher inside the cottage‚ they found another learner inside‚ who could be one of his victims.