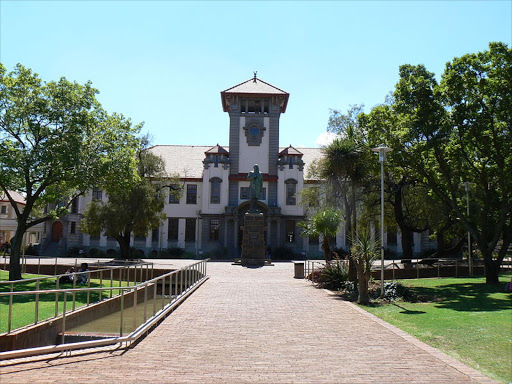 The Congress of SA Trade Unions (Cosatu) in the Free State COSATU has condemned the behaviour of white students at the University of the Free State (UFS) who allegedly poured urine over a black security guard on campus.

Mmapaseka Mokhutli told SABC news that three students in a vehicle had poured a liquid‚ from a blue bottle‚ that she believed to be urine over her face last week.

They were attempting to exit the campus in Bloemfontein. She said they laughed at her and drove off.

The university launched an investigation and the students are facing a disciplinary hearing.

“We share the pain‚ humiliation and embarrassment which the poor worker may have felt when this incident took place. We condemn these white barbarians and bigots‚ who have attacked and humiliated this worker in such a sordid fashion‚” Cosatu said in a statement.

The university was engulfed in a scandal several years ago when four students made a video degrading cleaners who were tricked into eating food laced with a substance that was thought to be urine.

Cosatu also called for an urgent intervention following an incident at UFS in which Afrikaans-speaking students were given a question paper with answers during a test on Tuesday.

"Cosatu Free State has learned with horror the news that some students were discovered having two sets of audit module question papers at the University of the Free State. What is outlandish and unacceptable is the fact that the Afrikaans paper had answers and the English version did not have answers‚" the union said.

The union has labelled this incident as racist.

“This is naked racism‚ which must be fought and defeated once and for all. This is how these white institutions promote white supremacy through cheating‚ and keep Africans outside the strategic sectors of the economy of the country. We are calling for a serious investigation of this incident.”

UFS spokesperson Lacea Loader described the incident‚ which happened on the Bloemfontien campus‚ as a mistake on the part of the lecturer involved.

“A test was distributed in a class in which the answer to one of the questions was included in the Afrikaans version‚ while it was excluded in the English version.

She added: “In the process of revising the papers‚ the lecturer made a mistake and did not remove the guidelines for both the English and Afrikaans versions. Nonetheless‚ the university management has decided on a disciplinary process involving the lecturer concerned given the seriousness of what happened."