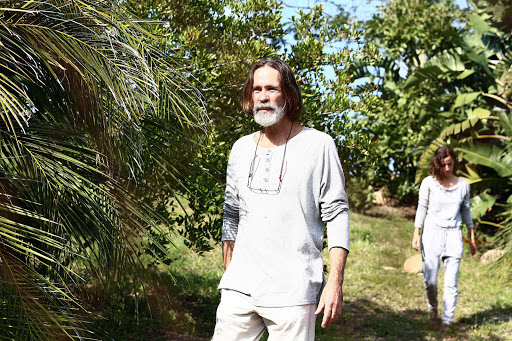 Controversial KwaZulu-Natal guesthouse owner Andre Slade‚ who is facing hate speech charges over his views that whites are superior to blacks‚ plans to sue the government and media for branding him a racist.

Slade made headlines in June 2016 over an email sent to a prospective client seeking accommodation at the Sodwana Bay Guest House – in which he said blacks and government employees were not allowed to stay there – was published on social media.

At the time‚ a crowd – made up mostly of ANC Youth League supporters‚ community members and other business owners – protested just metres away on the sandy road leading to the guest house’s wooden gates‚ where Slade reiterated his view that whites were superior.

Addressing some journalists and ANCYL leaders‚ Slade said he was not racist because “God’s word” said whites were the superior race – and that whites were even created with a “crown” on their heads‚ something black people did not have. He was supported by his partner‚ Katerina Krizani from Slovakia.

Krizani was arrested shortly after the race row for being in the country illegally.

Speaking to TMG Digital on Thursday‚ Slade said he has prepared an affidavit on January 15‚ which he has been unable to file with the registrar of the Durban High Court. The document highlights the hardships endured by Krizani in prison‚ including being "harassed‚ assaulted and humiliated constantly". He claimed that the prison didn't have water or flushing toilets for days and that she was unable to eat the food at the prison.

Slade said that he visited her three times a week - often taking specially prepared food for her. He said‚ as Hebrews‚ their religious rights were being infringed upon.

In the document‚ Slade‚ who goes by the Hebrew name Yahshuah - claimed Zikalala laid complaints of hate speech‚ discrimination‚ possible tax evasion and illegal trading at the Mbazwane police station before verifying them.

An unedited extract reads: “Our statement based on our Constitutional right of association of whom We do not accommodate (Rule 18) has brought about a branding of being “racists” by the media. In his public statement he falsely blamed Us of discrimination and racism. Annexure 6 will prove the contrary. He is therefore guilty of deformation of Our characters. Our intent was very far from that. Since then‚ We have been deprived of Our privacy‚ humiliated by the media and shunned by the people of South Africa."

Slade has‚ since the incident‚ had to close down his business‚ is now broke and has to beg for money.

In the affidavit‚ he says he has submitted four complaints to the Constitutional Court‚ two to the SA Human Rights Commission‚ two the to public protector and one to the UN Human Rights Campaign‚ but has had no response. The couple are now asking for:

“(a.) That legislation be amended and adopted to accommodate Hebrew Laws and traditions with Our own Declaration of Rights.

“(b.) That Katarina Krizani be granted a residence permit.

“(d.) That all charges against Us be dropped and Her evaluation canceled.

“(e.) That We are compensated for Our suffering and loss of income.

“If any of this is not achievable‚ We seek your reference to higher court or tribunal.”

He said that‚ as attempts to have the affidavit lodged via a courier were unsuccessful‚ he would have to drive to Durban to lodge the papers personally.

Krizani is due to make a court appearance in the Mbazwana Court on Thursday. She is scheduled to be mentally evaluated at Fort Napier.

Slade said he had made an urgent appeal to the Constitutional Court for Krizani’s rights to be respected.