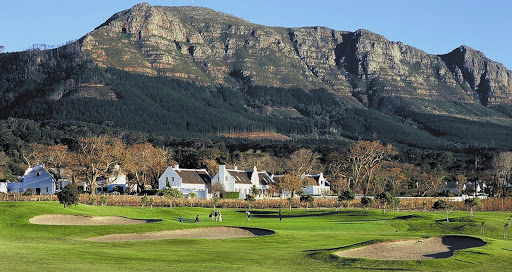 There are nearly 7 000 freehold and sectional scheme estates with around 355 000 active residential properties‚ valued at R800-billion‚ throughout the country‚ according to market intelligence company Lightstone Property. But‚ surprisingly‚ only 21 new estates were developed in 2015 compared with the 458 established during the sector's peak in 2004.

“The reason for the slow-down in new estates has been the economy‚” said Samuel Seeff‚ Chairman of Seeff Properties.

“There was quite a bit of oversupply by 2007/8 when the SA economy experienced the global economic slow-down‚ so when the position improved from around 2012 onwards‚ more sales took place.”

Seef said stock levels were fairly balanced. There was no oversupply because the market had been fairly active since 2012.

The data showed that average sales of estate properties was around 13% of the total residential property sales for the past five years‚ recovering from below 10%.

Prices for this kind of living - which often included large estates that offered “value-adding lifestyle benefits” such as golf courses‚ gyms and private schools - could run into millions of rands.

The Western Cape and Gauteng led the way in pricing‚ contributing all 10 of the country’s most expensive estates. Top billing went to Silverhurst Estate in Cape Town where the average price for a pad was R16-million‚ while Cloudsend in Johannesburg ranked second at around R13.5-million a property.

“[People] are choosing to live on estates‚ and acquiring homes on these estates‚ for the appealing lifestyle‚ security and as a sound investment.”

This was also evident in other provinces. Limpopo recorded more than 33% of residential sales in estates last year.

most expensive estate per province
Create your own infographics

Competition to secure new buyers is tough and estates often included giveaways as part of the sale.

Last year Somerset Lakes in Cape Town offered a year’s free tuition at the adjacent Reddam House with each new property purchased. In 2015 Val de Vie gave away a R4-million Ferrari to a new buyer on the Paarl estate.

Spokesman for Somerset Lakes‚ Jan Minnie‚ said convenience was a drawcard‚ adding that schools built in conjunction with estates resulted in a 10% to 15% property price growth compared with areas that had pre-existing schools.

"The more one offers in terms of recreational facilities and convenience‚ the more likely it is people will be attracted‚" Minnie said.