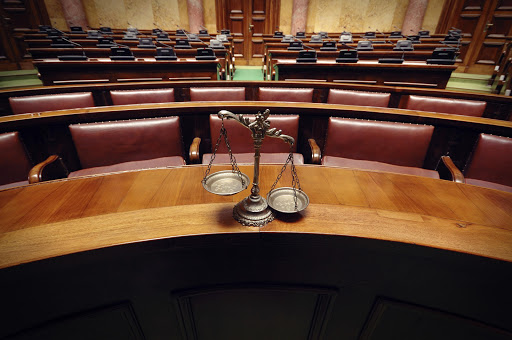 A wage-related strike by social workers and probation officers earlier this year has led to the delay of the sentencing of convicted murderer‚ Percy Khoza‚ who butchered his ex-girlfriend‚ Mary-Lee Macumbe in 2014.

Prosecutor Leisha Surendra told the South Gauteng High Court that she had tried to obtain the report from March 23 but had not succeeded as officials had still been on strike at the time.

Surendra said she had since received communication from the probation officer concerned‚ stating that a backlog which resulted from the prolonged strike action meant the report would only be ready in June.

Khoza’s case was postponed to June 21 for the report as well as the victim impact statements to be handed in.

The young‚ brown-eyed beau‚ who usually enjoys support from his friends and family‚ was almost a lone figure in the courtroom on Thursday as only one of his supporters was present in court.

At the back of the courtroom sat Macumbe’s mother and a few of her relatives who were eager to see justice prevail.

Following proceedings‚ Khoza conversed with the lone female supporter who had come for the proceedings.

He then turned to the TimesLive reporter in court and questioned her identity. “Are you Naledi? So you are not Noxolo? You have never met me before?‚” he questioned in a seemingly suggestive manner.

Khoza’s supporters have in the past made allegations of a media conspiracy‚ at one point alleging that a reporter from a daily newspaper had been paid to write false information around the case.

But after trial‚ Judge Cassim Moosa found that his version of events were not satisfactory and he handed Khoza a guilty verdict.

Khoza was arrested for Macumbe’s murder in 2014 and has been behind bars since then.

He was 22 years old when he stabbed Macumbe numerous times at his home in Troyeville. He hid the body in his mother’s house‚ wrapped up in a carpet. He later stuffed her body in the boot of her own vehicle‚ drove around in it and dumped it in Jeppe where it was later found.

Throughout his trial‚ he had denied killing Macumbe‚ alleging that it was his girlfriend and the mother of his daughter‚ Kgomotso Masemola who committed the crime in a jealous fit of rage after she found Macumbe at Khoza’s home.

He claimed Masemola had threatened him‚ forcing him to dispose of the body and clean the crime scene - his mother’s kitchen - of any evidence.

Masemola’s cellphone records however‚ contradicted Khoza’s evidence and proved that she was nowhere near the scene at the time of the crime.