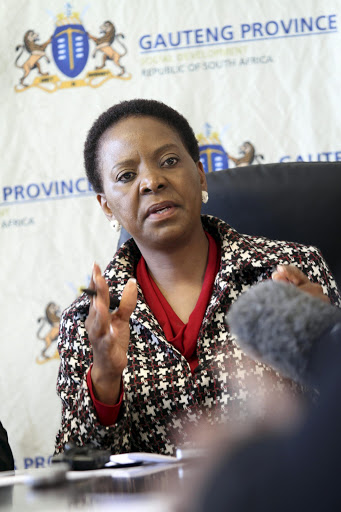 Economic Freedom Fighters treasurer Leigh-Ann Mathys on Wednesday arrived at the Protea Magistrate’s Court accompanied by other leaders for the scheduled appearance of two men accused of killing party member Lerato Moloi in Soweto at the weekend.

She tweeted that they were awaiting further information from the prosecution and to hear which court would hear the matter.

The accused are due to appear for a bail application‚ according to the EFF.

Social media and members of the LGBTI community reacted with shock and outrage at the news of the death of Moloi‚ 27‚ from Naledi‚ saying they believed she had been targeted because she was lesbian.

The Gauteng provincial government announced on Wednesday it will assist with the burial cost and psycho-social support for Moloi's family.

Moloi is the second Soweto woman who was brutally murdered and her body set alight‚ the department said in a statement‚ confirming that Mayathula-Khoza would attend the Karabo Mokoena funeral on Friday morning at the Diepkloof Community Hall.

“This is a very sad chapter in our history as a nation. We cannot stand when such barbarism rises to take over our lives. We would like to take this opportunity to call upon the people of Gauteng to declare an end to these senseless killings of defenceless young women. As Government we will do all in our power to ensure justice and stand by all the victims’ families to help them deal with their tragic losses‚" she said.