Abattoir probed for dumping blood and guts in winelands 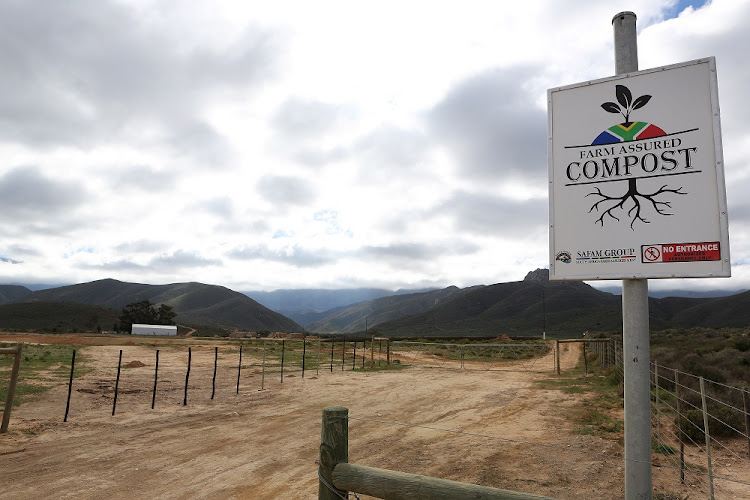 A large Western Cape abattoir company is under investigation after dumping guts and gore on a compost farm nestled in a top wine-producing and tourist area. According to one of the farm's neighbours, the site is dangerously close to the river, which is prone to flooding.
Image: Ruvan Boshoff

First came the stink‚ then the flies and wild pigs‚ and then a truck-load of stomach contents.

Now‚ a Western Cape abattoir company is under investigation for dumping guts and gore on a compost farm nestled in a top wine-producing and tourist area.

South African Farm Assured Meat‚ which owns two abattoirs in the province‚ insists it is doing everything possible to minimise “foul odours” at the eight-hectare site outside Robertson where it plans to install as many as 19 fly traps.

It has applied to the Western Cape government for a waste licence allowing it to expand its operation and produce compost by mixing abattoir waste – including large quantities of blood – with other materials such as chicken litter‚ straw and wood-chips.

Langeberg Municipality has confirmed that an investigation is being conducted into the unauthorised dumping of abattoir waste at the farm.

“The unauthorised use of the compost facility has already commenced.”

Landowners next to the dump site have raised numerous concerns.

There are plans to build a 40 luxury unit “eco-farm” attraction across the road‚ with existing activities include hiking‚ trail-running‚ star-gazing and religious retreats.

Renowned Graham Beck wine estate‚ which is situated between the site and Robertson‚ co-manages a conservancy close to the proposed site.

Odour concerns prompted a government inspection in March when a fly nuisance was confirmed‚ according to documents attached to the company's permit application.

The Cape Winelands District Municipality confirmed a complaint about the site which had attracted wild pigs and bad odours‚ which were noticeable up to 1.5km away.

In a written response the company conceded leaving a truck load of stomach contents uncovered overnight.

While the company did not respond to queries from TimesLIVE‚ in its written response to public comments‚ it denied any major odour problems‚ claiming “there is not a smell that could be considered obnoxious at all‚ even so close’.

“Initially we did have a problem with the smell generated by the blood ... We established that this was caused by us waiting for the tanker to be full before we brought it.

"We have now changed this practice to bringing blood every day‚ no matter the fill level of the tanker. We also top up with water at the abattoir. This has reduced the smell considerably.”

But residents are not convinced.

Louis Jordaan said: “This thing creates flies like hell. The amount of flies and stink that is there is incredible.

“I don't mind technology where they can get rid of this guts and blood and produce something out of it as long as it happens within the correct parameters.”

“The proposed plant is dangerously close to this river. We have owned our property for 36 years and over these four decades we have seen serious flooding‚ which makes the application site totally unacceptable.

“It will be a disgrace if this facility is allowed‚” Gerber said‚ adding that it was curious the site was already processing abattoir waste without a licence.

“On inspection of the property it was observed that composting activities were already in production. There are also signboards indicating as such at the locked gate of the farm.

“It would also be of importance to know if there is not already abattoir waste being used in the processing. For instance‚ where is the blood of the abattoir currently being dumped?”

A neighbouring landowner said he suspected authorities could be turning a blind eye to unauthorised dumping due to a shortage of landfill space.

Everson confirmed that the municipality was no longer accepting abattoir waste at its regional facility.