State liable for attack on child rapist in prison 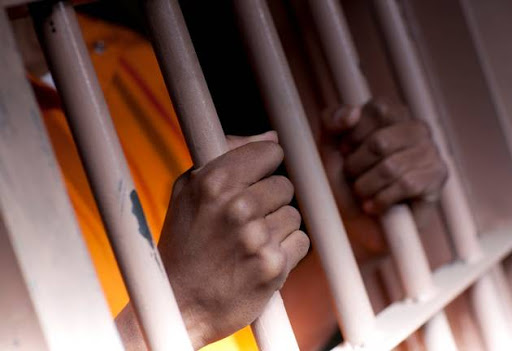 On the day that he was attacked‚ April 10‚ 2012‚ he had gone to collect food from the prison dining hall. On the way back to his cell with a group of prisoners he noticed there was no warden at the gate and they were not escorted back to the cells as there was a shortage of prison officials on duty. As he made his way to his cell‚ the passage became crowded and an inmate was pacing backwards and forwards in front of him.

He felt a blow to the side of his face and fellow inmates stepped back in shock as he bled profusely from a 17cm gash inflicted with a surgical blade from the left temporal region to the jaw line on the left side of his face.

He argued that correctional services officials were negligent because they had failed to prevent the prisoner arming himself with the blade and had failed to ensure his safety by segregating him from other inmates.

An Eastern Cape woman has stabbed a man to death and wounded two others‚ allegedly when she found them gang-raping her 27-year-old daughter.
News
4 years ago

In a counter argument‚ Correctional Services argued that the attack could not have been foreseen or avoided.

“It was the plaintiff’s evidence that the prison officials had employed the mechanism of controlling entry into the passage area from the dining hall to ensure that those prisoners did not mingle with other inmates. They were also taken to and from the exercise yard‚ separately for a similar reason‚” said Judge Glen Goosen in his judgment on September 22.

These measures‚ he said‚ pointed to an acceptance of risk associated with mingling the security prisoners with the general body of inmates and “must‚ in my view‚ indicate that the prison officials foresaw that the possibility of harm would eventuate if they were not segregated”.

“I am satisfied that the plaintiff has succeeded in establishing that the defendant is liable to him in damages for the harm suffered by him in consequence of the defendant’s breach of its duty of care owed to‚” Goosen ruled.

The amount to be paid in damages is yet to be determined.

* TimesLIVE has not identified the inmate by his full name in order to ensure that his rape victim cannot be identified.