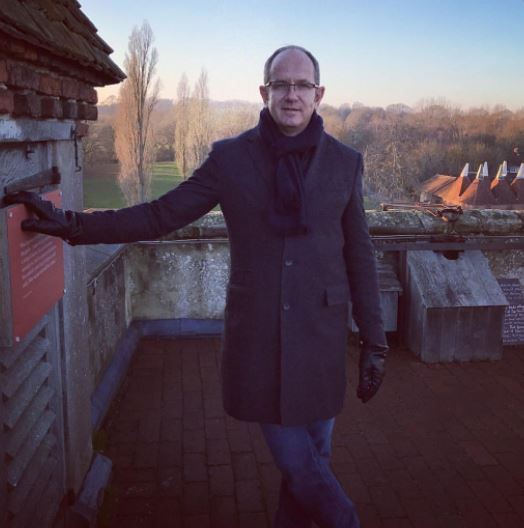 South Africa's influential power couple Henry Badenhorst and Gary Frisch - who founded Gaydar‚ one of the world’s most successful online dating agencies - have both fallen to their deaths‚ ten years apart.

Gaydar managing director Rob Curtis‏ has confirmed that Badenhorst died in Johannesburg on Saturday. He fell from the 23rd floor of the Michelangelo hotel.

"Eighteen years ago‚ Henry and his partner Gary revolutionised the way that gay men meet and in doing so created a safer environment for LGBT people everywhere. We are shocked and saddened to hear of Henry's passing and send our sincerest sympathies to Henry's friends and family‚" Curtis tweeted.

Badenhorst and Frisch launched Gaydar in 1999‚ two years after moving to London. The partners became so successful‚ they featured on the list of Britain’s most influential gay people.

A London inquest heard that the Internet millionaire Frisch‚ 38‚ had somersaulted off the 8th floor balcony of his luxury apartment on the banks of the Thames River in 2007 after an all-night binge on whisky and ketamine‚ described as a dissociative anesthetic for human and veterinary use.

Tributes to Badenhorst are being shared on social media.

"What a sad way to end this man's story. #Gaydar changed so many people's lives‚ including my own‚ and it was intrinsic to helping me find my gay feet. #thankyouHenry‚" John Marrs @johnmarrs1 wrote.

"Henry Badenhorst gave me a way to communicate with other people like me when I thought I was a freak back in my teenage years!! LGBT Kids today don’t know how lucky they are with all these bloody apps. RIP Henry. #Gaydar‚" Twisted Rio‏ @TwistedRio1989 said.

Richard Newman‏ @Boyaboutlondon posted: "My former boss and the founder of Gaydar has passed away. Me and @LeaWalker70 loved our time at Gaydar Radio and Henry was always so lovely to us. There is no doubt‚ he revolutionised online dating and so much more. RIP Henry."