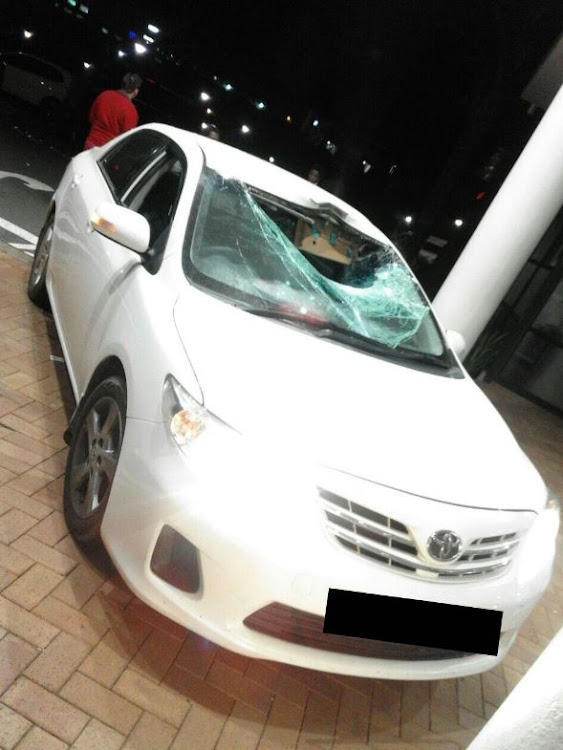 A boulder thrown from an overpass near Durban claimed the life of a mother and her nine year-old child on 27 December 2017.
Image: Supplied

A boulder hurled from a highway overpass tore through a car passing beneath it, claiming the lives of a woman and her 9-year-old son on Wednesday night.

The woman’s husband, who survived the rock strike, frantically rushed them to a hospital in the coastal hamlet.

It is understood that the family had been travelling north away from Durban when a rock was thrown from a bridge above them.

The large rock tore through the vehicle, crushing the woman and child within.

According to sources with knowledge of the incident, the woman and child were declared dead on arrival at the Netcare Alberlito Hospital.

The driver of the car and another child survived the incident.

Police spokesperson Lieutenant-Colonel Thulani Zwane was not immediately available for comment at the time of publishing.