Killer lioness was on a 'guided walk' 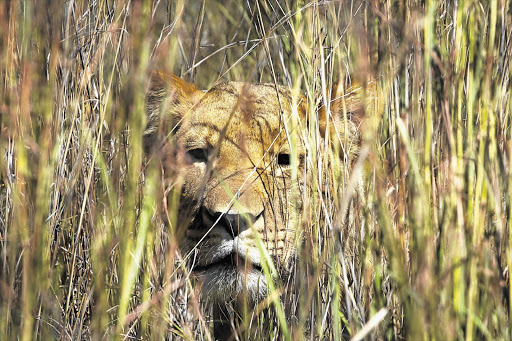 Self-styled "lion whisperer" Kevin Richardson has explained the circumstances leading up to a lioness attack on a 22-year-old woman visiting his wildlife sanctuary near Pretoria.

The as yet unidentified woman was mauled to death on Tuesday morning.

The reserve said in a statement: "We are deeply saddened and shocked by the death of a 22-year old-woman at our tented camp in The Dinokeng Big 5 Game Reserve. Our condolences and heartfelt sympathies go out to her family at this very difficult time."

Richardson‚ a conservationist of television fame including many wildlife documentaries‚ said: “Myself and an experienced colleague took three lions walking in the reserve‚ as we do on a weekly basis‚ as part of their exercise and stimulation regiment. We assessed the landscape for other big five animals and as per procedure sent out a notification that we were walking in the reserve.

A woman was mauled to death by a lion at a game lodge on Tuesday morning.
News
4 years ago

"One of the lionesses charged off after an Impala and must have run 2‚0 to 2‚5km where she encountered the 22-year-old. “I am devastated and my heart goes out to this young woman’s family.”

Outlining what it called "the facts"‚ the reserve said Richardson and an experienced colleague had taken two separate groups of three lions out for a walk on Tuesday morning.

On the second walk‚ Kevin and his colleague were with two lionesses and a male. They chased an impala‚ which they didn’t catch and returned to resume their walk. This behaviour was described as a normal occurrence and happens frequently on these walks.

"The one lioness did a double take and ran after another Impala. Kevin followed the lioness and the other lions in turn followed Kevin‚ when Kevin lost sight of the lioness.

"Kevin received a call from the manager at the tented camp who informed him that a visitor to the reserve had been attacked by a lion.

"Kevin immediately called the Medivac and instructed his colleague to urgently proceed to the camp in the vehicle to provide assistance while Kevin attended to the other two lions.

"After making sure that all the lions were secured‚ he ran to the scene."

He conducted CPR. However‚ medics found that she had succumbed to her injuries.

"The young woman was not a guest at the camp‚ but had accompanied her friend to conduct an interview for an assignment with the camp’s manager. Before leaving the reserve‚ the two visitors were taking photographs outside the camp where the attack occurred."

According to Netcare 911 spokesperson Nick Dollman‚ paramedics were called to the scene at about 11am on Tuesday.

“Reports from the scene allege that a 22-year-old female victim was attacked and mauled by a lioness. When Netcare 911 paramedics arrived at the scene‚ bystanders had initiated CPR. Tragically the victim had sustained severe injuries and she died at the scene. Documentation pertaining to her death was completed by Netcare 911 and handed over to authorities at the scene‚” Dollman said.

Cara Delevingne on Instagram: “Thank you so much @tagheuer...

An inquest docket has been opened by the police.

The sanctuary is made up of 13 predator enclosures and a large central enrichment area to which the predators are rotated through every couple of weeks‚ according to Richardson's website.

Richardson's wildlife reserve hosted supermodel Cara Delevingne in December for an advertising shoot. She thanked her hosts on Instagram‚ "for the most incredible experience with my favourite animals in the world".

In 2015‚ Richardson defended a decision by another reserve to spare the life of a big cat that attacked and killed an American tourist. The adult lioness had mauled the tourist in the face and neck through an open window of the car in which she was a passenger. The Lion Park outside Johannesburg said it would relocate the lioness to an enclosure in the park where she could no longer have contact with visitors. Richardson said it would have been unfair to have put her down‚ as the lioness had reacted instinctively.