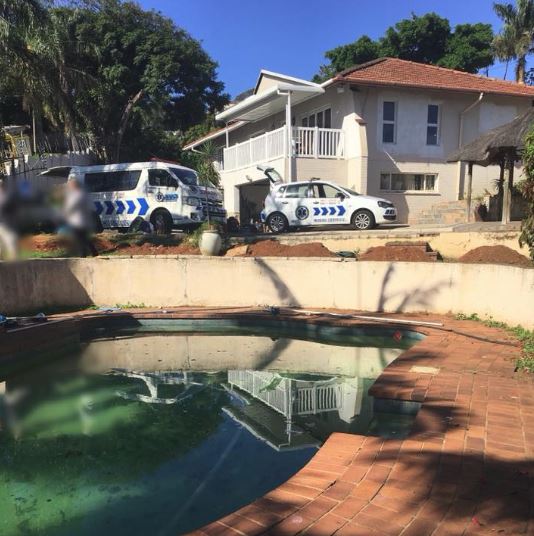 A five year old boy has sadly lost his life in a drowning incident at a residence in Melrose Avenue, Durban North.
Image: Crisis Medical via Facebook

Police divers and paramedics had their hands full with three separate drowning incidents across the province at the weekend.

Marshall Security spokesman Kyle van Reenen said that medics rushed to a report of a drowning in Durban North on Saturday.

“Emergency services arrived at the scene to find a young boy in a state of cardiac arrest. Reports indicated that the child had been found unresponsive in the swimming pool‚” he said.

“Several advanced life support interventions were administered as paramedics tried fervently for over an hour in an attempt to resuscitate the child‚ however the attempts were unsuccessful.”

It is understood that the child had accompanied his dad to work at the premises for the day and had fallen into the pool.

Later police Search and Rescue Unit divers responded to Midmar Dam in Howick after a young man disappeared beneath the water. It is understood that the 18-year-old‚ part of a university rowing camp‚ had been swimming to fetch a drifting boat when he got into difficulty.

Divers‚ guided by the keen nose of a specialised search dog‚ recovered the teen’s body after an underwater operation.

Later the rescue divers responded to Tugela in central KZN and conducted another night dive operation to recover the body of a 15-year-old boy who had gone missing while swimming with friends during the day.