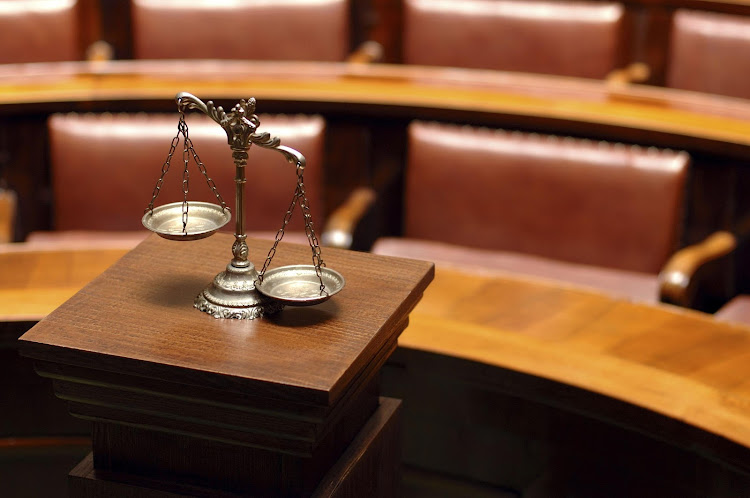 Scales of justice in a court of law. File photo.
Image: Thinkstock Images.

A driver who mowed down a group of young people‚ killing four last year‚ wants to enter into a plea bargain with the state.

Lazarus Malatjie‚ 42‚ has been charged with murder after allegedly causing a crash that killed the youths. He is out on R3,000 bail.

He was initially charged with culpable homicide in September last year‚ but the National Prosecuting Authority (NPA) decided to change the charge to murder after his blood alcohol tests came back positive.

The state then evoked the principle of dolus eventualis after laboratory tests proved that his blood-alcohol level during the crash was 0.30.

Dolus eventualis was central in the Oscar Pistorius murder trial. The term means that an accused who foresees that someone may be killed‚ reconciles himself with that possibility and proceeds‚ is guilty of murder.

On Monday‚ the defence informed the Johannesburg Magistrate's Court that they will draft a guilty plea and a suitable sentence and send it to the director of public prosecutions for consideration. The case is due back in court on May 30.

The state alleges that the youths were changing a tyre after having a puncture on September 9. They had stopped on a traffic island near the Nasrec offramp.

According to the charge sheet‚ Malatjie appeared from the offramp and drove straight into the youngsters.

A police officer who told drunk drivers that he could get them off the hook by microwaving their blood samples not only lost his job but was also ...
News
4 years ago

Here’s a sobering thought: if you’re involved in a car accident‚ your insurer can reject your claim on the grounds that you were driving drunk‚ even ...
News
4 years ago