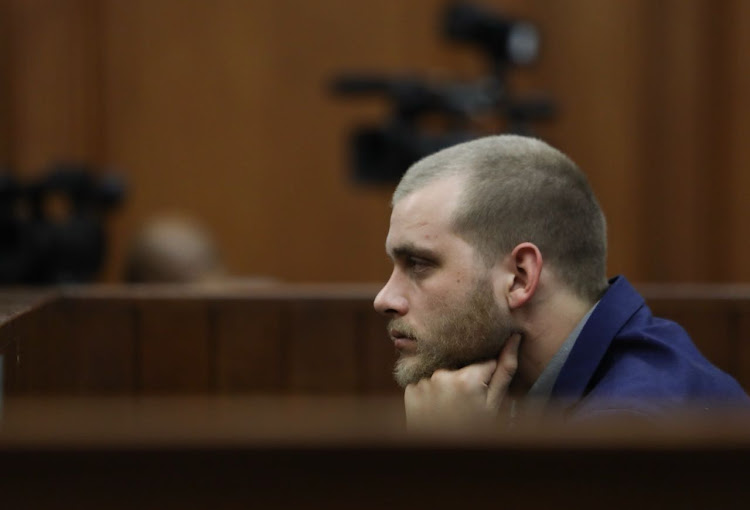 The only survivor of Henri van Breda’s bloody axe attack on his family‚ his younger sister Marli‚ will not comment on the guilty verdicts delivered on Monday.

Advocate Louise Buikman‚ who is Marli’s court-appointed curator‚ told TimesLIVE on Tuesday: “At this moment I do not believe that it is in Marli’s best interests to comment.”

Marli‚ who was 16 when her brother killed their parents and brother Rudi‚ will turn 20 this October.

According to forensic pathology reports‚ it was clear from her wounds that she put up strong resistance to Van Breda’s attack in January 2015.

She clung to life for several hours while her brother delayed calling emergency services‚ and turned out to have a cracked skull and a severed jugular vein.

She underwent emergency brain surgery and was kept in a medically induced coma for several days. A month after the murders she started to be able to identify people in family photos‚ but she suffers from retrograde amnesia about what happened on the night of Henri’s rampage at the family home at De Zalze‚ in Stellenbosch.

Neither the defence nor the prosecution called her as a witness in her brother's trial.

Buikman said her term as Marli’s curator would last at least until the middle of June.

“The issue of whether the term of my curatorship ought to be extended will be addressed in the High Court on 11 June 2018 after I file a further report. Until then I will continue to serve as Marli’s curator‚” she said.

Van Breda is due back in the High Court in Cape Town on June 5 for sentencing.

Judge Siraj Desai‚ working through a summary judgment statement in the case of triple murder accused Henri van Breda‚ said "the court is in ...
News
4 years ago

Marli van Breda's ex-boyfriend Stefan van der Westhuizen was one of three people who wept in court on Monday when Henri van Breda was convicted of ...
News
4 years ago