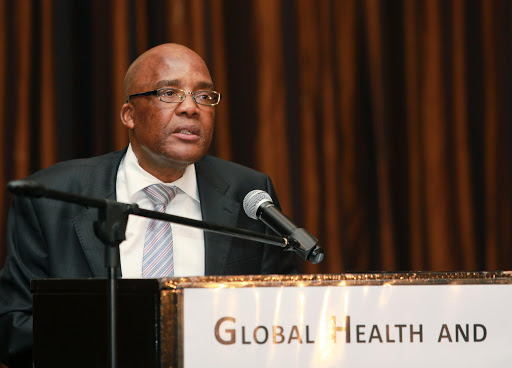 As Health Minister Aaron Motsoaledi on Tuesday moved to assure the public that the government health services were not falling apart‚ a report cataloging a shocking series of failings in the public health sector was tabled in Parliament.

According to the Office of Health Standards Compliance (OHSC) report‚ only five of the 696 hospitals and clinics it inspected in 2016-17 complied with the Department of Health’s norms and standards to achieve an 80% “pass mark”.

The OHSC is a statutory body charged with assessing the quality of hospitals and clinics. It will shortly be taking on the responsibility of determining whether healthcare facilities meet the grade to be accredited for providing services under the National Health Insurance.

The results of its latest inspection report‚ tabled in Parliament on Tuesday‚ raise the prospect that few public healthcare facilities will make the grade. The inspections covered just under a fifth of SA’s 3‚816 public health facilities.

Mpumalanga provincial hospitals and clinics will be protected by armed guards after a spate of robberies at health facilities in the province.
News
4 years ago

Motsoaledi issued a statement on Tuesday conceding that the public health system was overloaded‚ with long waiting times and diminishing quality at some health facilities.

But he was at pains to emphasise that the healthcare system was still able to provide treatment to 4.2-million people with HIV‚ the largest number in the world‚ care for 300‚000 tuberculosis patients and had improved care for pregnant women with the MomConnect mobile app.

“We do not think that a collapsing or collapsed system can be able to do these [things]‚” he said. “We are very worried about extreme overcrowding in our hospitals and we believe that it could have been much worse if we did not take proactive steps.

Some people used social media on Friday to hit back at critics who said that striking employees had compromised medical care at Charlotte Maxeke ...
News
4 years ago

Motsoaledi said he was aware of the lack of hospital management skills and the negative attitudes of staff in many facilities‚ and would deploy 200 officials from the national Department of Health to assist public hospital managers.

In stark contrast to the image painted by the minister‚ the OHSC report presented a picture of a public health system in shambles.

The only compliant healthcare facilities among those it inspected were Gauteng’s Far East Rand Hospital‚ Danville and Laudium clinics‚ Potchefstroom Hospital in the North West and Paarl Hospital in the Western Cape. The worst facility was Limpopo’s Lephepane clinic‚ which scored just 20%.

CEO Siphiwe Mndaweni presented data showing there had been little or no improvement in the overall score awarded to seven provinces‚ while the scores awarded to the Free State and Gauteng slid between 2014-15 and 2016-17.

Health Minister Dr Aaron Motsoaledi refused to acknowledge a strike at the Charlotte Maxeke Hospital in Johannesburg and even called disgruntled ...
Politics
4 years ago

The inspections were unannounced. The OHSC conducted repeat inspections in facilities that scored below 50%‚ and found many of the hospitals‚ clinics and community health centres had deteriorated over time‚ Mndaweni said.

Patient safety and infection control scores showed little sign of improvement in the majority of facilities‚ she said.

“There has not been a significant improvement in patient safety — this is a critical area that needs to be improved.

“We can never overemphasise the importance of infection prevention in health establishments‚” Mndaweni said.

“Most provinces have not been doing well and showed a decline. This is also an area of concern‚” she said.