How communities brought filthy Cape Town rivers back to life 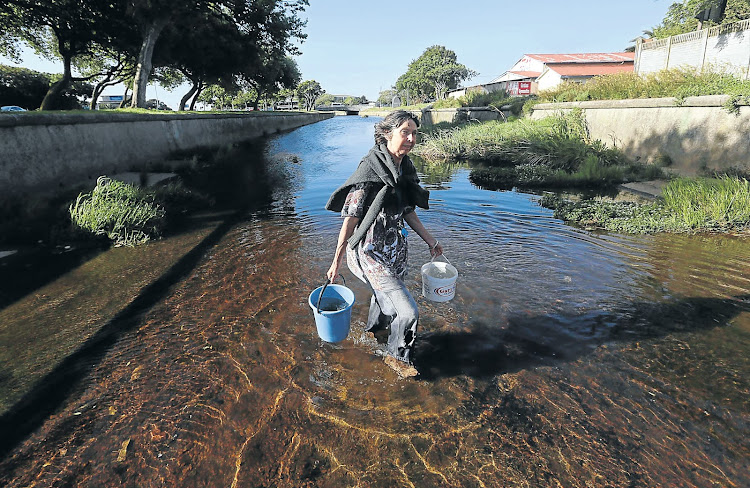 Two once heavily polluted rivers on opposite sides of Cape Town have been brought back to life by community volunteers.

The rivers are the Liesbeek‚ which begins life on the eastern slopes of Table Mountain and flows from Kirstenbosch botanical garden to Observatory‚ and the Mosselbank at Fisantekraal.

The role played by so-called “communities of practice” were key in what had been achieved‚ said Andrew Bennett‚ a researcher at the University of Cape Town Future Water Department.

Speaking at the Water Institute of Southern Africa conference in Cape Town‚ he said: “Communities of practice are groups of people who share a common concern or passion for something they do‚ and learn how to do it better as they interact with each other regularly.”

In the case of the Liesbeek River‚ in 1991 concerned residents formed the Friends of the Liesbeek‚ with the goal of cleaning up the then heavily polluted river.

Some residents of Grahamstown and other parts of Makana Municipality have been without access to clean water for months.
News
3 years ago

The group has had some major successes‚ including bringing the highly invasive purple loosestrife‚ which was discovered in 2009‚ under control. Today the Friends‚ supported by funding from businesses along the river’s course‚ employ eight full-time workers to “look after and maintain the river”‚ said Bennett.

“Looking after their river is the core action that has held this community together since 1991. They partnered with local business that saw what was happening … and wanted to get involved.”

On the other side of Cape Town is the poorer community of Greenville‚ in Fisantekraal‚ which formed the Mosselbank River Conservation Team to help clean up the polluted Mosselbank River.

The community has signed a co-operation agreement with the Western Cape provincial government‚ but this was only as good as the intent and goodwill of the parties involved to make it work‚ said Bennett.

The Greenville community undertakes a variety of activities involving the river‚ including successful campaigns to clean up pollution and garbage.

Both projects proved the worth of communities of practice in connecting people‚ by building trust and developing relationships‚ says Bennett. They also help stimulated authentic learning‚ generated new knowledge and promoted collaborative processes within a community.

Carolina residents in Mpumalanga who cannot afford bottled water have resorted to drinking the town's polluted water to quench their thirst.Many have ...
News
9 years ago

Conserving clean water sources and water resource management will make all the difference for the near future in Southern Africa. While many people ...
News
9 years ago