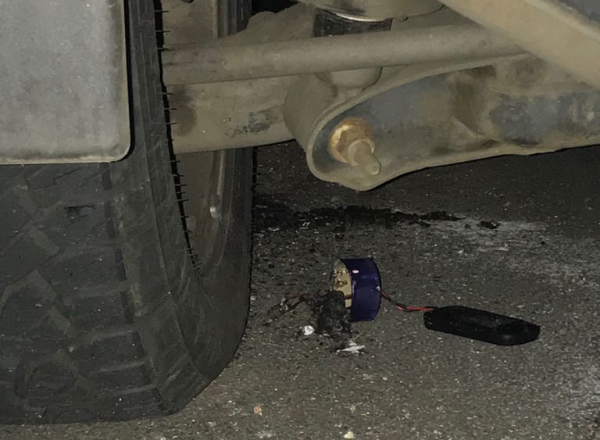 A 'bomb' that was placed under one of two vehicles near the Greyville Racecourse in Durban on Saturday.
Image: Supplied

A night of horse racing and revelry turned to horror for Thebe Mochochoko after he and a friend became the latest targets in a string of Durban “bombings” on Saturday night.

“It was a very scary situation and we never expected anything like this to happen. Why would they want to put a bomb under our car?” the Bloemfontein man said to Times Select on Monday afternoon.

An improvised explosive device had been surreptitiously placed on the undercarriage of their car, which had been parked on the fringes of the Durban July, Africa’s richest horse-racing event and a massive day on the country’s social calendar.

“I have no idea why they would choose us or our car … this is what we are left asking ourselves now,” Mochochoko added.

As the pair was returning to the car – parked on Gladys Mazibuko [formerly Marriott] Road, just a short distance from the Greyville Racecourse– they saw smoke and flames coming from beneath the SUV.