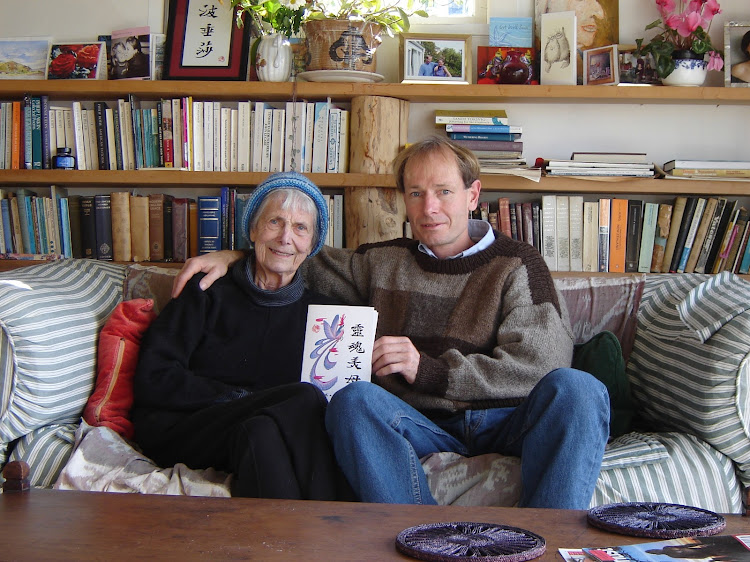 Sean Davison and his mother Pat at her home in Broad Bay‚ Dunedin‚ shortly before her death in 2006.
Image: SUPPLIED

Right-to-die activist Sean Davison has been arrested for murder in Cape Town.

Davison‚ 57‚ was arrested on Tuesday in connection with the death in 2013 of 43-year-old doctor Anrich Burger‚ who was left a quadriplegic after an accident in 2005.

The University of the Western Cape professor was due to appear in Cape Town Magistrate’s Court on Wednesday and was expected to apply for bail.

Professor Willem Landman‚ who co-founded Dignity South Africa with Davison‚ said he understood the state planned to ask for R100‚000 bail but a supporter had offered R20‚000‚ and he hoped the magistrate would accept that amount.

Landman said Davison had been held overnight in Sea Point police station‚ and his laptop and cellphone had been confiscated by police.

Sean Davison, the professor who recently helped a South African doctor end his life, said on Saturday he would not be willing to assist in ...
Lifestyle
6 years ago

Police spokesman Lieutenant-Colonel Andre Traut said: “This office can confirm that a 57-year-old man was arrested on a charge of murder yesterday relating to an incident in Sea Point on November 2‚ 2013‚ which led to the death of a 43-year-old man. The suspect is due to make a court appearance in Cape Town today to face the charge against him.”

Davison became an advocate for the right to assisted dying after he was arrested in New Zealand in 2010 for helping his mother — aged 85 at the time and who had terminal cancer — to die.

In an interview in 2014‚ he said his experience in helping Burger to die had left him unwilling to assist in euthanasia again.

“Anrich Burger was a very close friend. I wouldn’t want to ever go through that again. It was very stressful‚” Davison said in an interview with the South African Press Association.

“It was a very personal experience... [This was for someone] who was desperate to die and in extreme pain. I was helping him out of compassion.”

The professor said he met Burger after the doctor contacted him to express support for Dignity SA‚ the organisation Davison founded in 2011 after his ordeal in New Zealand. “This started a very good friendship‚” said Davison.

Madiba's illness has to get us talking about issues of death

NELSON Mandela may not be aware of it, but he has got us talking about death - something we have never had the courage to do before, though it ...
Lifestyle
7 years ago

He said he was unperturbed about whether his assistance to Burger could lead to criminal charges. “I would be worried if there was something to worry about.”

Burger had stated clearly that he wanted to die and organised his own medication for the process‚ said Davison.

The academic returned to South Africa from New Zealand in May 2012 after serving five months' house arrest for helping his mother end her life. She initially tried going on a hunger strike‚ but when that failed he gave her a lethal dose of morphine.

In 2011‚ Davison was originally charged in the Dunedin High Court with attempted murder but later entered a plea bargain whereby he pleaded guilty to a lesser charge of assisted suicide.

During Davison's house arrest‚ he was separated from his partner‚ Raine Pan‚ and his two sons who remained at the family's home in Cape Town.

The Sunday Times reported in October 2010 that Davison had been arrested for feeding his cancer-stricken mother a lethal dose of morphine in New Zealand.

He caught the attention of the New Zealand police after publishing a book about the death of his mother. News of his arrest‚ at the time‚ for the act of euthanasia shocked his peers in Cape Town‚ where his research had helped police identify criminals and rapists through DNA analysis.

I went for a long walk and thought about Mum's will. I had to look up in the dictionary what "inanition" meant. She had very deliberately and ...
News
8 years ago

Davison’s ordeal in New Zealand began in 2004 when his mother‚ Patricia‚ a retired doctor who had worked all over the world and spent the last 10 years of her life in Dunedin‚ was diagnosed with cancer.

The professor flew to New Zealand to take care of her before she died in October 2006. He kept a moving diary of her slow‚ painful decline.

After she died he wrote a book‚ Before We Say Goodbye. His initial manuscript detailed how he fed his mother a lethal dose of morphine to end her suffering.

Patricia tried in vain to starve herself to death‚ and then begged her son to kill her. “I prepared to give her what I calculated would be a lethal drink of crushed morphine tablets‚” Davison wrote in his manuscript.

“I held it in front of her and said: ‘If you drink this‚ you will die.’ I really wanted to be so absolutely sure that there was no hesitation. She answered‚ ‘You’re a wonderful son'.”

Davison’s confession was edited out of the book‚ but was later leaked to newspapers in New Zealand.

Soon after the book appeared‚ Davison told the Otago Daily Times: “I decided to publish the book of my experiences and the circumstances I found myself in to help others think about the issues surrounding death. I hope the book helps people to be less afraid of death.

In the 2014 interview‚ Davison said he believed there was a lot of support for a change in legislation‚ and his family was “very supportive” of his work in promoting the legalisation of euthanasia. 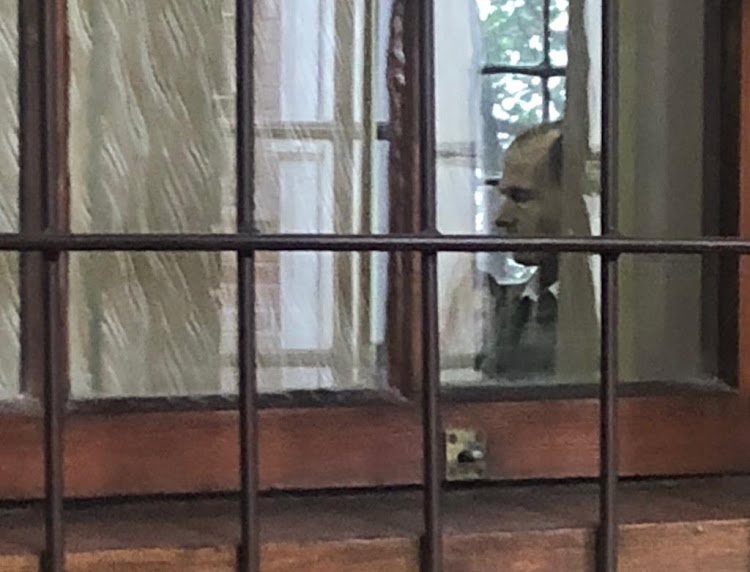 Professor Sean Davison in Cape Town Magistrate's Court on Wednesday September 19, 2018. He was due to face a charge of murdering a doctor friend in 2013 in an alleged assisted suicide.
Image: Esa Alexander

He also said Dignity SA's other mandate — “to inform the public about the issue” -- had been given a great boost through Archbishop Emeritus Desmond Tutu's support.

Tutu's encouragement was important because he was seen as a man of the church and came from a traditional African background‚ said Davison.

Culture should not be a divisive factor in accepting the right of assisted dying. "I think for most people‚ when they consider the issue‚ it is about compassion and kindness."

In general‚ society needed to overcome its reluctance to talk about death and dying‚ he suggested.

Death was the common experience of all‚ and many would be exposed to painful and undignified deaths of family members.

"That’s every reason to embrace and talk about it‚ and don't make it a scary issue‚" said Davison.

THIS is the first picture of Professor Sean Davison outside the home in New Zealand where he is under house arrest for helping his terminally ill ...
News
9 years ago
Next Article