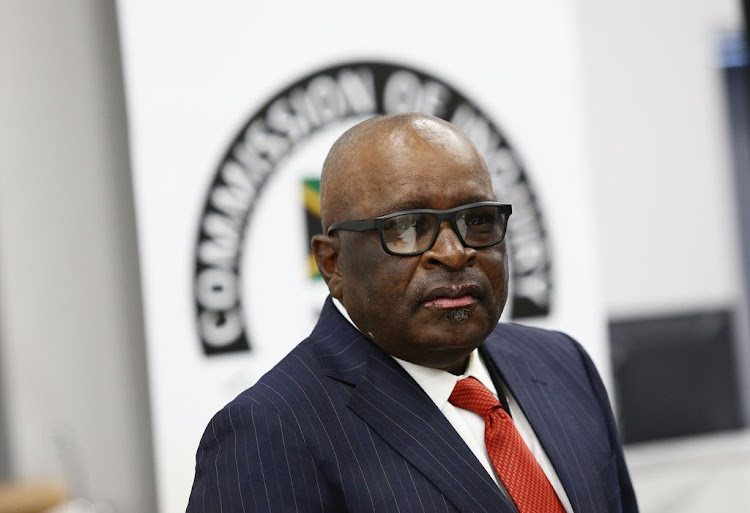 This is what former mineral resources minister Ngoako Ramatlhodi told the ANC national executive committee (NEC) at a meeting called to discuss Zuma's removal from office.

The NEC meeting was called after the ANC sent a delegation, immediately after the Nasrec elective conference held in December, to tell Zuma to step down. Ramatlhodi said the former president had questioned this request, asking what it was that he had done wrong.

"We said the man must leave before he does any more damage. He (Zuma) wanted six more months. That's when we took the decision that we might have to remove him by force," Ramatlhodi testified.

In one of the most explosive testimonies before the commission, Ramatlhodi painted a grim picture of how much power Zuma gave the Guptas. He said he believed it was Zuma who had personally authorised the decision to allow a plane carrying the Gupta family's wedding guests to land at the Waterkloof Airforce base in Pretoria.

Ramatlhodi told the commission how ANC colleagues had confronted Zuma about the landing, and advised him not to attend the reception in Sun City.

Former minister Ngoako Ramatlhodi and his then adviser Sam Muofhe are testifying before the state capture inquiry on Wednesday.
Politics
2 years ago

"We told the president, 'Don’t attend that wedding' ... We told him, 'You don't do things like that, whether you knew or didn’t know, this is not acceptable.' We said it is unacceptable that a private jet carrying a wedding party from another country lands at our airforce base. We have fought for this base to be under our control," Ramatlhodi said.

"We said don't grace this thing by going to the wedding. I had a feeling this could have not happened without his knowledge...What they were doing was to show off, to show they have captured the state, that they can land at an air force base when they are not the president.

"Even the traffic cops were escorting those buses going to North West. It was a well-planned reception, which could not happen without higher authority knowing ... They were disrespectful of the president of the country, they were disrespectful of us ... Some things are very sacred to us, for those of us who have been in the military, that airforce base is not just a place you can go play around."

Ramatlhodi told the commission that members of the NEC had repeatedly warned Zuma about his "toxic" relationship with the Gupta family, but he would not heed their call because the family provided jobs to his children.

He also related how the Guptas easily summoned ministers and top government officials to their private residences. Ramatlhodi said he had steadfastly refused to meet members of the family.

Gwede Mantashe responds to questions about ANC meetings with the banks that closed Gupta accounts.
News
2 years ago

ANC national chair Gwede Mantashe will explain to the commission of inquiry into state capture why the ANC wanted an audience with the big four banks ...
News
2 years ago

5 issues Mzwanele Manyi focused on during his testimony at the state capture inquiry.
Politics
2 years ago