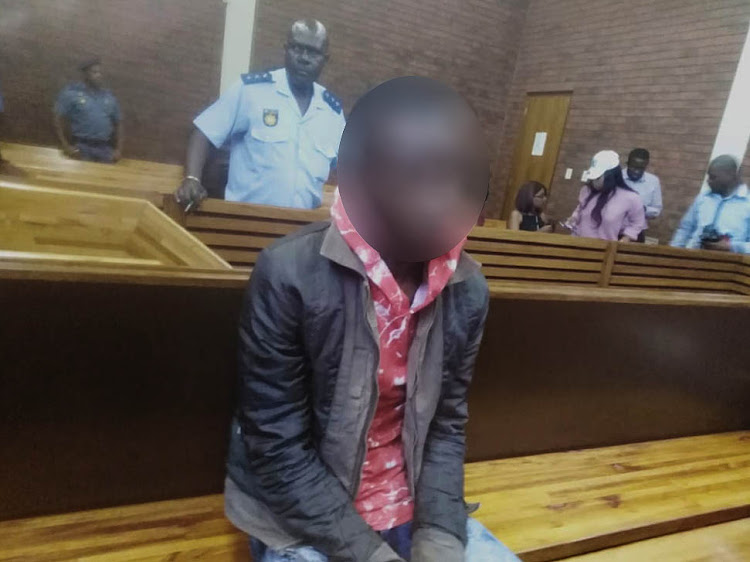 The case against two men accused of killing seven family members in Vlakfontein,  south of Johannesburg, has been postponed until next year.

"Sibusiso Khoza", 27, and Fita Khupe, 61, appeared briefly in the Protea Magistrate’s Court on Wednesday where they face seven counts of murder after they allegedly killed three women and four children of the Khoza family in October.

The pair also face charges of theft after bank cards that belonged to the deceased were found in their possession.

In addition, "Khoza" faces three counts of rape after he allegedly raped the three women, claiming it was under the instruction of Khupe.

Khupe’s lawyer Gerhard Langman asked for the matter to be postponed as he had a family emergency that he needed to attend to.

The bail application of the two men implicated in the killing of seven family members from Vlakfontein, south of Johannesburg, was delayed on ...
News
2 years ago

"Your Worship, my father fell ill last night and I’ve been with him since. I need to go to the hospital to attend to this matter," Langman told the court.

In their previous appearance, the lawyers presented scenarios of mental instability, inheritance and revenge as possible reasons for the slayings.

At the time of the murders in October, the man who identified himself to the family as "Sibusiso Khoza", had given Sne money to travel to KwaZulu-Natal to visit relatives.

Langman put it to investigating officer Banele Ndlovu that Sne could have plotted with the man to kill the family so she could be the sole beneficiary of the house. The deal could have been, he said, that she would then sell the house and give a portion of the acquired funds to him.

Ndlovu said he was not sure whether Sne had since returned from KZN.

Langman said another possibility was that the man was mentally ill and needed to be sent for mental observation.

"The fact that he can commit the offences in the way that he did ... as a sane person, there is no way that one could commit the crimes that he did," Langman said.

As he spoke, "Khoza" looked at him, emotionless.

"It is true that when you had done something this bad, it does cross one’s mind that perhaps the person who has committed the crime has something wrong in his head," Ndlovu replied to Langman.

Langman said another scenario was that when "Khoza" had been arrested for theft of a prison motor vehicle, he could have come across Bonginkosi Khoza, a relative of the murdered family, who was behind bars.

"Bonginkosi is in custody, serving a sentence for murder and for doing bad things to the family. They [Bonginkosi and the man] struck a deal for him to murder the family," Langman said.

While Ndlovu did not comment on whether this was a possibility, the court requested that he verify who Bonginkosi was and who he was alleged to have murdered.

Meanwhile, "Khoza's" lawyer, Makau Sekgatja, referred the court to a statement that Khupe made to police shortly after the bodies were recovered.

Khupe had been in a longstanding relationship with one of the murdered women.

"In Khupe’s statement, he indicates that he had a hand in building the house. The statement was made by Khupe prior to his arrest on October 31.  Do you agree that by virtue of that, he could feel entitled to the house?" Sekgatja asked Ndlovu.

"The house is not in his name. So don’t you think this gives motive so that he can inherit the property?"

"That is possible," Ndlovu replied.

Sekgatja said there was no motive for his client to commit the crimes other than that he was threatened. "Khoza" said he was essentially blackmailed to commit the murders.

The court also heard previously that he had wangled his way into the family by alleging he was a long-lost relative. He had befriended Sne on Facebook.

• TimesLIVE has decided not to use "Khoza's" real name as he is facing rape charges, to which he has not yet pleaded.

Insanity, inheritance, revenge could be behind Vlakfontein mass murders

The lawyers defending the two men accused of the bloody mass murder of seven family members from Vlakfontein have presented possible reasons why the ...
News
2 years ago

The case against the two men accused of killing of seven members of the Khoza family in Vlakfontein was postponed after one of them claimed to be ill.
News
2 years ago

Behind the front door‚ amid the nauseating stench of death was a scene straight out of a horror movie.
News
2 years ago