KZN paramedic stabbed as he reports for work 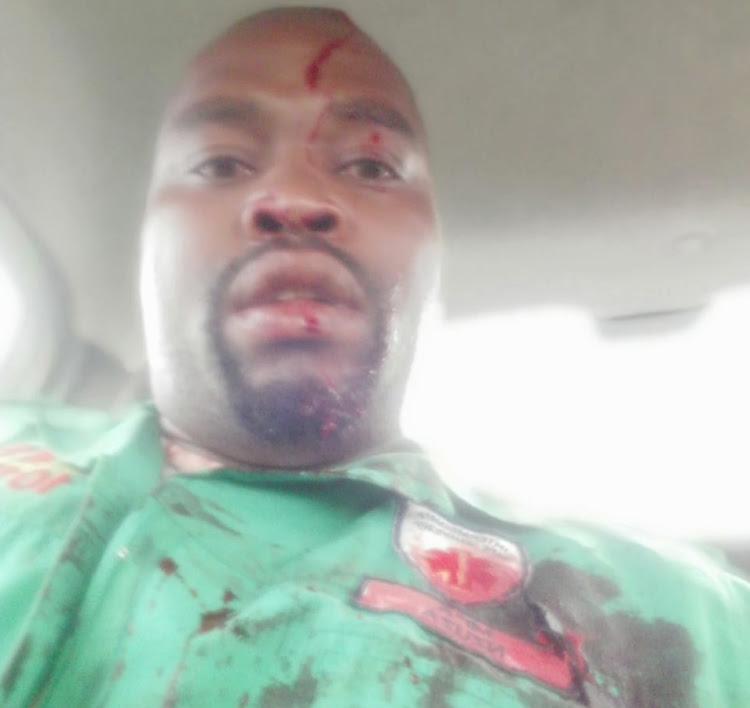 Philani Nzuza was stabbed several times while entering the Emergency Medical Services base at Illovo, on the KwaZulu-Natal south coast, on December 29 2018.
Image: KZN department of health

KwaZulu-Natal health MEC Sibongiseni Dhlomo has strongly condemned an attack on a paramedic who was stabbed multiple times as he reported for duty on Saturday.

Philani Nzuza was attacked by three men as he entered the Emergency Medical Services base at Illovo on the south coast of KwaZulu-Natal on Saturday,

Nzuza is recovering at a Durban hospital after the attack. He was stabbed in the chest and head.

Dhlomo visited Nzuza at the hospital on Sunday morning. 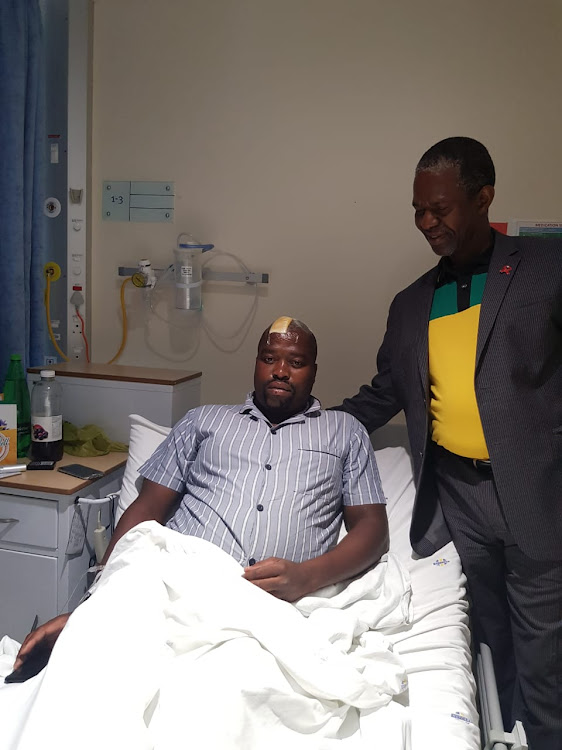 "It is worrying that a health worker in full uniform going on duty can be attacked by thugs in this manner. We are glad he survived," Dhlomo said after the visit."

During the visit, Nzuza recounted his ordeal to Dhlomo and described how his colleagues came to help him.

"Listening to his ordeal, one can only conclude that these people who attacked him must have been under the influence of something that really made them not to be in touch with reality for you cannot explain how people can find a health worker in full uniform, ready to go and perform his duties, and attack him the way they did,” Dhlomo said.

He said a health worker was a critical staff member.

“Even during the period of our massive protests against apartheid rule, health professionals were allowed to go through to hospitals and clinics because they could be going to save the lives of our people injured by the apartheid police.”

Dhlomo said the behaviour of these thugs hindered health professionals from performing their national duty.

“We hope that the SAPS can do whatever it takes to apprehend these perpetrators of social ills," said Dhlomo.

And in another incident, an ambulance carrying a patient was attacked by a crowd in the Amaoti area north of Durban on Sunday morning. 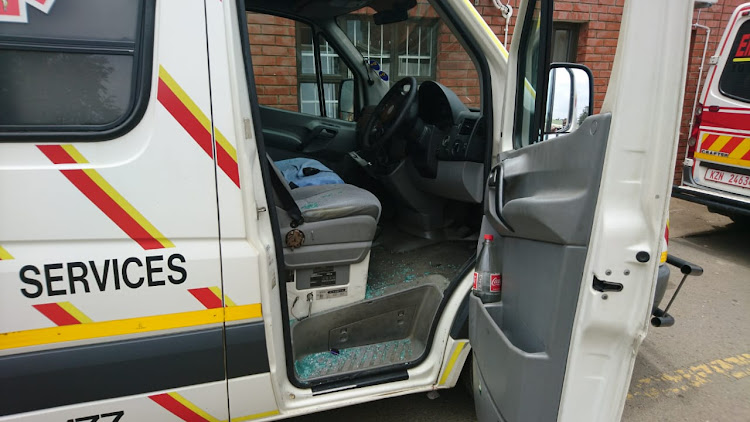 Paramedics and a patient were shaken but unhurt when their ambulance was attacked in KwaZulu-Natal on Sunday.
Image: KwaZulu Natal Emergency Medical Services

KwaZulu-Natal emergency medical services spokesperson Robert McKenzie said the ambulance had picked up a patient and was driving to a clinic.

“They were blocked by seemingly drunk people, who tried to stop it but our personnel managed to drive through and a stone was thrown on the driver’s side [window],” said McKenzie.

McKenzie said the paramedics were shaken but not hurt. The patient was not injured in the incident.

A search-and-rescue paramedic from SA was among four people who died when a helicopter spun out of control and crashed in the United Arab Emirates ...
News
3 years ago

A midwife at a Katlehong clinic was allegedly physically and verbally assaulted three times in 12 hours after a patient delivered a stillborn at the ...
News
3 years ago