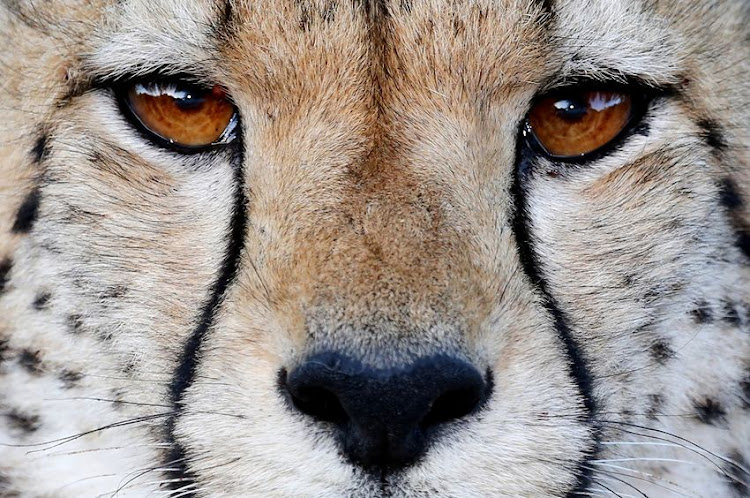 Two men face cruelty charges after being arrested with two cheetahs - one alive and one dead - in the North West.
Image: 123RF/Duncan Noakes

A cheetah that survived being hunted by two men on horseback with dogs in the North West is undergoing treatment and rehabilitation by a wildlife veterinarian after being rescued.

Police arrested two men for allegedly being in possession of two cheetahs illegally. One of the cats was already dead and the other in poor condition.

"We are appalled by the senseless actions of these men. Cheetahs are incredible animals that are at risk of extinction," said Douglas Wolhuter, manager of the National Council of SPCAs wildlife protection unit.

We are relieved that the live cheetah is on the road to recovery but it should never have been compromised in the first place. Our wildlife belongs in the wild, left to live their lives out in the way nature intended – peacefully."

Cheetahs are listed as a Cites Appendix I species, meaning they are threatened with extinction. Wildlife trade in the species is permitted only in exceptional circumstances.

The NSPCA said in a statement that the two suspects were arrested on March 3 by the police's dog unit. Netwerk24 reported that the men were caught on a farm near the Botswana border.

"It is alleged that the cheetahs were hunted by the suspects, using dogs and horses. The live cheetah was in poor condition and was taken to a renowned wildlife veterinarian for treatment and rehabilitation," said the NSPCA.

The pair will be charged with cruelty in terms of the Animals Protection Act.

"The NSPCA is aware of the ongoing illegal capture of animals such as these cheetahs from the wild. To treat these animals so cruelly hurts not only the image of our country and its dedication to environmental protection, but without the necessary repercussions, affects its ability to enforce the law and deter these criminal activities," said the organisation.

The NSPCA said that had North West nature conservation authorities not intervened, the remaining cheetah could have been condemned to a life in captivity or be  slaughtered for body parts.

Ex-mayor caught with ivory as elephant poaching plummets in Zim

Elephant poaching is on the decline as park authorities crack down on poaching activities in Zimbabwe's largest game reserve, in Hwange
News
3 years ago

A 2m southern African python (Python natalensis) has experienced human kindness after experiencing the pain of a deliberate attempt to kill it.
News
3 years ago