After Eskom, next crisis will be water 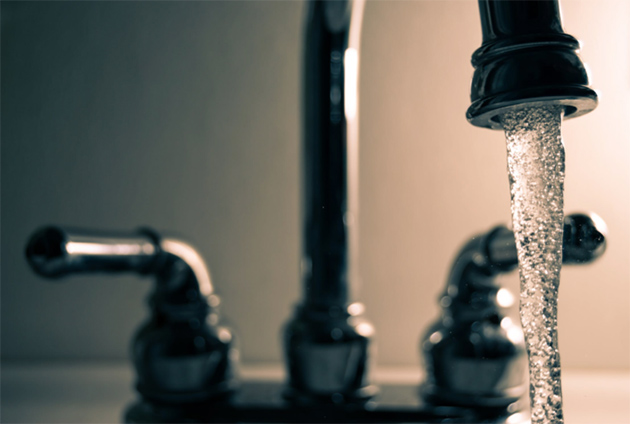 Experts have warned of a looming water crisis that could mirror SA’s energy woes.
Image: Pixabay.com

South Africa will have a 17% water deficit by 2030 and unless urgent steps are taken to implement a range of integrated solutions, the country’s next looming crisis will be severe water scarcity.

This emerged at a hard-hitting review of both Nelson Mandela Bay and the country’s water supply and usage status at the Nelson Mandela University Business School on Wednesday, where experts warned of a water crisis that would mirror SA’s energy woes.

Centred on drought-stricken Nelson Mandela Bay, the event – part of the “How to Build a City” series of conversations that address how the city can be rebuilt – served to elevate the metro’s prevailing drought crisis management approach to one directed at achieving long-term water security.

High temperatures and exceedingly hot days have resulted in dam levels in the Eastern Cape province dropping drastically due to evaporation, ...
News
3 years ago

Also present were academics from the Toulouse University of Economics. The French university is developing a model towards better understanding how science can be married with water security and how water security can create economic growth.

In his address, the municipality’s director for water and sanitation, Barry Martin, laid bare the water situation in the city. He revealed new facts and developments, including that a long-mooted new dam for the region – proposed to be built on the Kouga River – was still being considered despite a raft of challenges, including environmental concerns.

“The Nelson Mandela Bay region is struck by periods of drought every four to five years. This is evidenced by historical data,” said Martin.

Residents of Mjulwa in Tsomo in the Eastern Cape say there has been no water in their communal taps since 2005. The municipality says has provided a ...
News
3 years ago

He said the region’s collective water supply was sitting at between 46% and 47% of its total capacity.

While the metro consumed 270 megalitres of water daily now, the daily water demand was projected to reach 375 megalitres by 2025. Martin said this higher demand would be mitigated by initiatives to reduce water consumption while growing water supply. Should these initiatives prove effective, the city could have access to 390 megalitres a day by 2022.

Addressing another long-mooted solution, seawater desalination, Martin said this was “inevitable”. However, he pointed to a number of challenges it would pose.

Martin said desalination was very expensive and water produced this way carried a higher per-unit cost. “We have a poor customer base in this metro, which presents affordability challenges. In other words, many people in the metro would not be able to afford the water produced through desalination.

“In addition, what does one do when it rains and the dams are full? Desalination plants don’t work in a way that you can just switch them on and off.”

He also revealed that should a desalination plant be introduced, it would serve coastal areas - leaving inland areas to use their own water sources.

Martin said Schoenmakerskop had been identified as the preferred site for the plant. “This is because the western portions of the metro have the greater need to access new water sources,” he said.

“What has been absolutely essential in managing our current supply is advertising. Enforcing the message of reducing, reusing and recycling water is an important component of water supply management,” said Martin.

“We have to be in the consumer’s face all the time to change habits and reinforce the need to conserve water.

“The next war will be about water. The next major crisis – like the Eskom crisis – which is looming in South Africa is a water crisis,” he warned.

Concluding with a suggestion he described as a radical approach to water management, Martin proposed that the metro’s water allocation be given to the agriculture sector, which he said would create food security, jobs and income.

No flushing toilets as Makhanda school is hit by water shortages

Amatola Water board chair Nokulunga Mnqeta said SA would have a 17% water deficit by 2030. “The economy runs on water and water can drive job creation,” she said.

Mnqeta demonstrated in a graph that people in both rural and urban areas were collectively the second-largest consumers of water, accounting for 27% of consumption. The agricultural sector consumes 52%, while industry and mining each consume 3%. Power generation uses 2% of water supplies.

Mona, who passionately expressed the need for business to join forces with other entities on water security, announced a Bay water conference (BH2O) to be held in Port Elizabeth at the end of the year.

She also made it clear that the chamber planned to play a pivotal role in achieving water security going forward.

Sixty people have been taken to hospital in northern KwaZulu-Natal following a diarrhoea outbreak.
News
3 years ago