'Can the adults just step away and let the children run the country? Thank you'

Don't feel like cooking tonight? No worries, this "drive thru" has you covered.

A group of farm children from the North West are warming hearts this week after a video of them speaking Tswana while playing - using their imaginations and without an electronic device in sight.

The video of the "rainbow" children playing was shared by mom Rika Ernst on Facebook on Sunday, and has since gone viral.

Titled Proudly SA it shows Pieter Ernst, 6, his sister Minè, 8, and Ilne, 4, and their friends Teko Mokgotu, 7, Katlego Dlala, 8, and Ntumisang Mokgotu, 11, having a blast while acting out the "finger licking good" restaurant.

In the video, Pieter and Teko stop at a window and greet the "KFC employees".

"O batla eng? [what do you want?]," a child by the window asks Pieter.

"Ke tsona tseo fela? [is it just that?]" the child asks again.

"Ke batla kuku e one, le chips e one, the lee le one borotho bo one [I want one cake, one chips, one egg and one bread]," Pieter says.

He and Teko then get on his four-wheeler motorbike and drive to the next window where they pay - with money from the Monopoly board game. 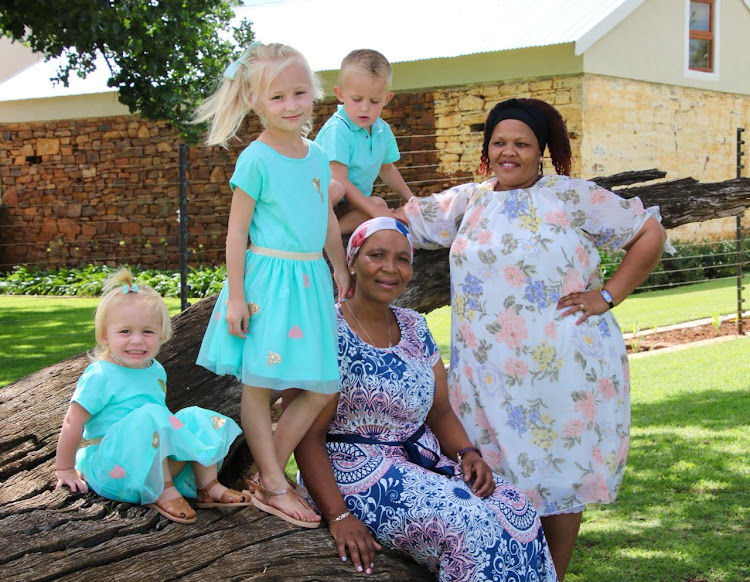 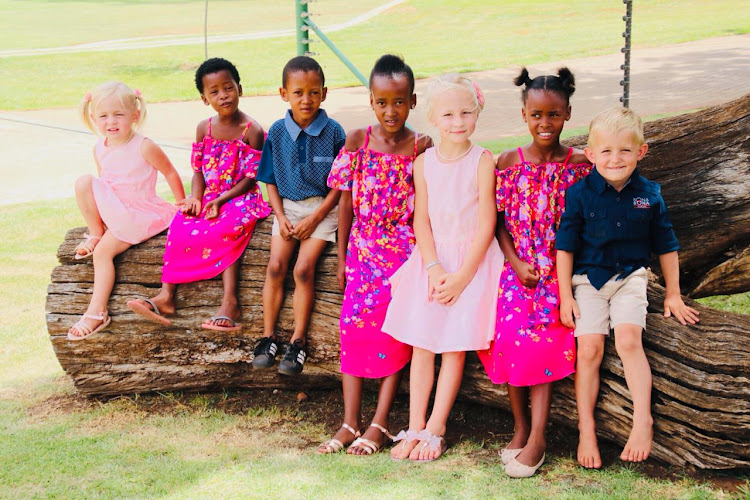 The friendly "cashier", Katlego, takes the money and counts before giving Pieter his change.

They get back on the bike and proceed to the last window where they collect their order.

Ernst told TimesLIVE on Friday that she was sitting on the veranda with her husband when her eye caught the KFC piece of paper posted on a door where the children were playing.

"I told my husband that I have to capture this. It was all their own idea.

"It warms our hearts and gives us joy to see our children playing together. All of the children I treat as my own, it is the nicest feeling."

This is not the first time Ernst's children made headlines: In April a video of Minè went viral after she was captured poolside having a conversation with a woman in Tswana.

Ernst, who also grew up on a farm and is fluent in Xhosa, can also express herself in Tswana.

Can the adults just step away and let the children run the country? . Thank you.

"I think it plays a role that I could speak the language and I saw in my life this far how it changes things.

"I always knew what it meant to speak an African language and how nice it is. I made it my mission for my children to get exposed to it," she said.

"They made it available to us and made it possible. In turn, we are teaching them Afrikaans.

"If you love God and it overflows in your own heart, then it flows to everyone around you. Love endures everything. With the history in our country, it is something we need in our country, we need to forgive and forget.

"It gives me so much joy, because we always ask God to use us. I always pray to God to use my children," she said.

Some of the comments shared on social media:

King K - A whole functional drive through with friendly customer service That "Hah ah! Ha se metsi" at the end took my out

Candice Viglietti - Brilliant! This is what childhood is all about.

The Fund Raiser - I like this, let's not teach kids hate

Leshka - New Generation is the real change, not us stubborn adults

Ous' Mas'khwiza - This is what childhood is. Using your imagination. This made me wanna be a kid again, this is beautiful.

"I was intent on not making it a political satire but rather an educational book."
Books
1 year ago

Simthandile ‘Sim Tiger’ Tshabalala is set for a busy time next month when the young golf prodigy jets around the world as he continues to hone his ...
Sport
1 year ago

With dances, hugs, dabs and fist bumps, grade 3 children at a Western Cape school have warmed hearts all over the country.
News
1 year ago
Next Article