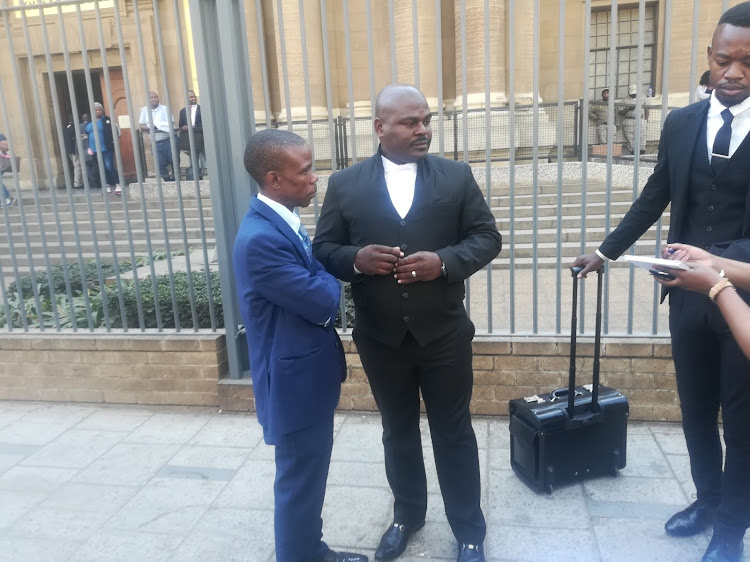 Incredible Happenings ministry leader Paseka "Mboro" Motsoeneng says he will continue saving and changing lives, despite what he described as a scam designed to close down his church.

Motsoeneng was speaking outside the high court in Johannesburg on Monday, following the postponement of a matter in which he and his church are defendants in an action to recover millions from his church.

Three years ago Motsoeneng was evicted from the building he leased from Metcash Trading in Wadeville, Germiston, but his troubles with Metcash are not over.

His attorney, Willson Mkhawana, said Motsoeneng had leased the building in which his church was housed from Metcash.

“After that there were shares that were sold to Motsoeneng. The sale of the shares was not registered,” Mkhawana said.

Mkhawana alleged the agreement which Motsoeneng signed with Metcash was fraudulent.

"We will explain to court on Wednesday why it is fraudulent. The case today is the claim that he owes R11m to Metcash.

"We have raised some issues, hence the case cannot proceed today," Mkhawana said.

Motsoeneng said despite the legal case, set down for two weeks, nothing would stop his ministry.

“We will continue with the mandate of saving lives and changing lives, in spite of all these scams and tricks that were done by evil forces to shut us down,” Motsoeneng said.

Incredible Happenings Ministries leader Paseka "Mboro" Motsoeneng has been stood up twice in less than a week.
News
3 years ago

“Let's not fool people. Stop lying in the name of God.”
News
3 years ago

The Johannesburg magistrate’s court has provisionally withdrawn charges against two people arrested in connection with the "resurrection hoax" at ...
News
3 years ago