Fancy a life aboard a superyacht? Apply right here 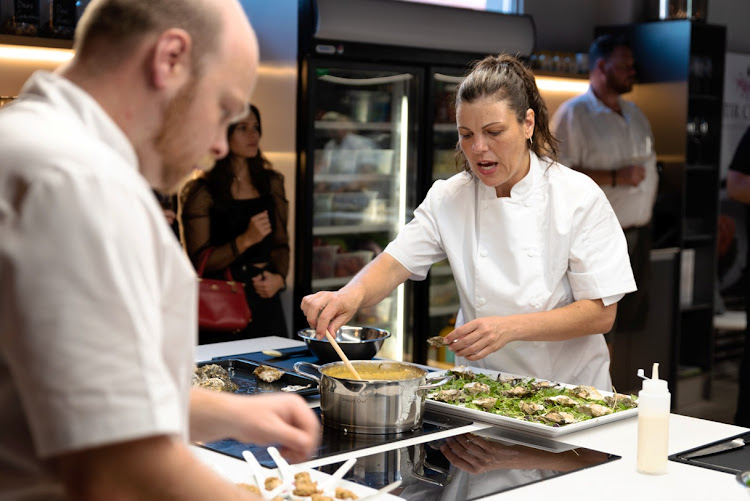 Students at the new Superyacht Training Academy at the V&A Waterfront in Cape Town prepare snacks for the launch party on November 28 2019.
Image: Craig Dodds

Fancy life on a floating palace with moguls and supermodels? It may be closer than you think.

Students who may not be flush enough to buy their own superyachts can now at least learn to work on one.

The launch of the centre coincides with efforts to attract a greater share of the global superyacht servicing and repair market, with Cape Town stakeholders already talking about setting up a superyacht hub at the V&A. 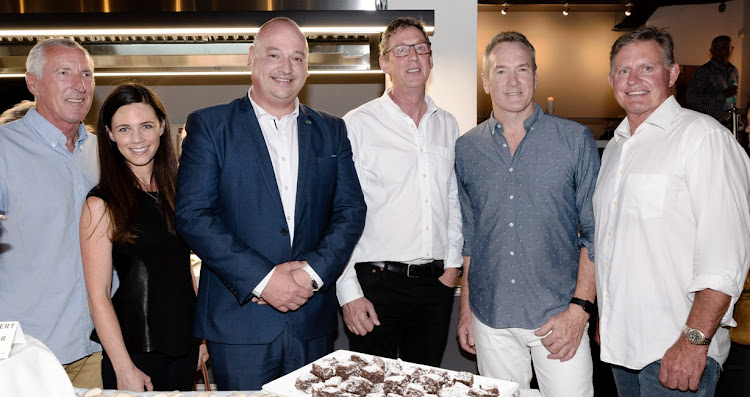 Super Yacht Culinary Academy owner Brett Nussey, who also runs his Stir Crazy Cooking School from the V&A premises, said he planned to expand into other areas of superyacht training.

The culinary programme was specifically focused on preparing students to work on yachts, and differed from standard courses, he said.

The launch added to the V&A’s efforts to help drive the government's oceans economy programme, which seeks to create employment in maritime-related trades.

“The V&A have been working on the oceans economy programme for the past 18 months, and the initiative to set up a training centre seemed to fit exactly within their programme,” said Nussey.

“The idea was then pushed ahead through Andre Blaine [V&A Waterfront head of marine and industrial], who has had a large stake in setting up the oceans economy programme.”

“As a city, we want to create the right kind of environment for businesses to grow, especially in sectors where there is potential for impressive expansion,” he said in a statement.

“One of the ways in which the city helps create the right conditions for growth is by investing in skills that our people can use to find employment in sectors that are poised to take off. This is a major feature of my vision and a key aspect of my department's strategy.

“My team has also identified the boatbuilding and marine manufacturing sectors as key to unlocking the ocean economy in Cape Town. These sectors have a massive potential to facilitate accelerated economic growth, job creation and economic inclusion through skills development.” 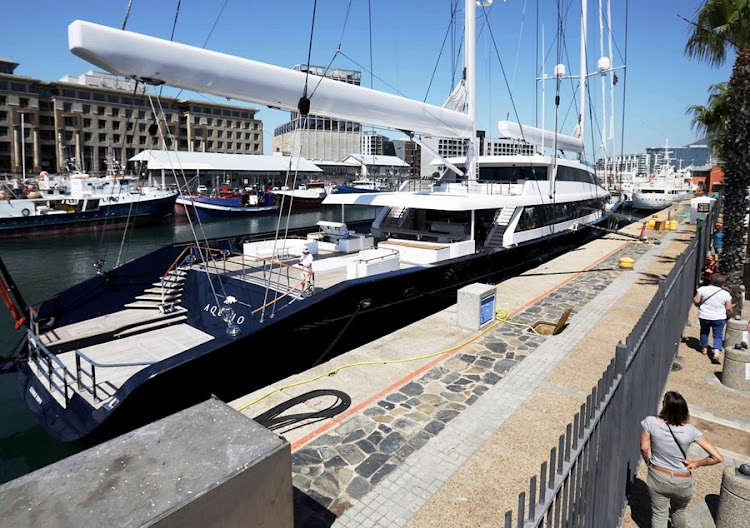 The 86m superyacht Aquijo moored outside the Table Bay Hotel at the V&A Waterfront in Cape Town.
Image: Esa Alexander

Several superyachts have visited Cape Town in recent months, including the 86m Aquijo, considered the biggest performance superyacht worldwide with 90m masts. The boat docked at the V&A Waterfront during the Cape Town International Boat Show in October.

The 62m superyacht Katharine, owned by API Group boss Lee Reuben Anderson, docked this week. The boat has an estimated worth of $40m (R580m).

The academy, overlooking the Synchrolift dry dock, is fitted out to resemble on-board facilities. “Students therefore become accustomed to working within the confined spaces of a real yacht,” the academy said in a statement.

“The training kitchen is also equipped just as a galley kitchen would be, and students learn to cook on induction which, for safety reasons, is preferred to gas on superyachts.

“With growing interest in Cape Town as a port, the number of superyachts and cruise ships docking at the V&A Waterfront is steadily increasing and with it, the need for suitably trained local staff to work on them.

“Superyachts are also often available for charter, so a well-trained staff crew able to cater to guests at a high standard of comfort is essential.”

SA's moment to shine as a maritime nation and a formidable player on the world stage is nigh.
Opinion & Analysis
1 year ago

How about a voyage in the lap of luxury? It's just R9m a week

Fancy a family cruise around the world on a superyacht with a rooftop jacuzzi, refrigerated showers and 3,000 bottles of wine?
News
1 year ago

Hackers off the bow as superyachts become supertargets

Simon Rowland, once a member of the elite Special Boat Service, has set up a security group for yacht owners
Opinion & Analysis
4 years ago