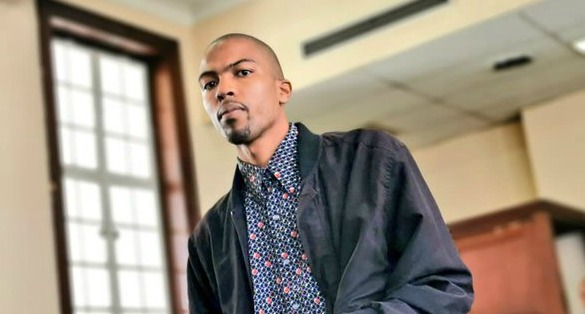 Fees Must Fall activist Kanya Cekeshe is among those declared eligible for parole.
Image: Tyrone Mkansi via Twitter

There is still no set date for Fees Must Fall activist Kanya Cekeshe’s release on parole, his lawyer said on Tuesday afternoon.

“We need to find out when the next parole board meeting is, and we must get our application in as soon as possible.

“If they [parole board] already had their last meeting for the year, then they will only meet in January again. But we are trying to find out when the next meeting is and if there is still one left for the year,” his lawyer Wikus Steyl told TimesLIVE.

On Reconciliation Day on Monday, President Cyril Ramaphosa announced a remission of sentence for offenders.

Without the reprieve, he would have qualified for parole in about February 2020, the minister said.

Lamola said Cekeshe would be among the more than 51,000 inmates who would benefit.

AbaThembu King Buyelekhaya Dalindyebo and Cekeshe were among the high-profile inmates who would benefit. Both are now eligible for parole.

Ramaphosa said prisoners who had committed sexual offences, child abuse, murder and attempted murder, or armed robbery, would not qualify.

Days, weeks, even months before Cekeshe, Dalindyebo, others are released under special remissions

It is unclear if the 14,647 criminal offenders in prison facilities, who were granted special remission by President Cyril Ramaphosa on Monday, will ...
News
1 year ago