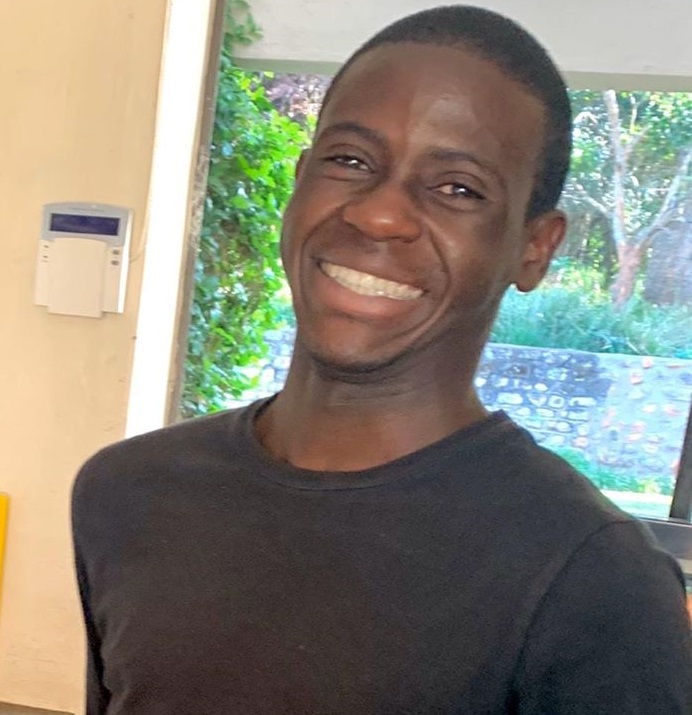 Valentine Ramudzuli was reported missing on Friday evening after he had finished work in Limpopo.
Image: Supplied by Kings Walden Garden Manor

The waiter from Kings Walden Garden Manor who went missing at the weekend was found alive and unharmed on Tuesday.

Valentine Ramudzuli left in the Ford Figo belonging to the manor, which is about 12km outside Tzaneen in Limpopo, on Friday.

University of Limpopo student Plifton Phakoago said he was parked at a garage in Seshego, outside Polokwane, on Monday evening when he was approached by an unknown man.

“He said he didn't have a place to sleep, so I took him in," Phakoago told TimesLIVE.

Phakoago said he bought Ramudzuli something to eat and they went to his home.

Phakoago said that later that evening, about 11pm, Ramudzuli told him that he was the missing person who had been posted about on social media and in news reports.

“He showed me his photos on TimesLIVE."

The next day, Phakoago said, he left for university and left Ramudzuli at the complex.

He found numbers on the missing person’s post and alerted the owner of the lodge, Bridget Hilton-Barber.

Hilton-Barber said it appeared Ramudzuli had abandoned the company’s car, which was reported missing on Monday, in Louis Trichardt after it ran out of petrol.

Hilton-Barber said he then hitchhiked to Seshego.

She said Phakoago phoned her about 3pm on Tuesday to inform her about Ramudzuli.

“He told me that he can’t put him on the line because he was scared that he was going to run away. I thought it was a drug dealer or someone holding him hostage.

“I went to the police station and put the phone on loudspeaker and then the detective and I realised that this was actually a good guy.”

About 5.30pm the investigating officer took Hilton-Barber's phone and drove to Seshego to meet Phakoago.

Ramudzuli was brought back to Tzaneen on Tuesday evening and held overnight in the police cells.

Hilton-Barber said she went to the police station on Wednesday and dropped the charges.

“He didn’t have a plan, he was just wandering the streets of Seshego, panicking. I am just relieved that he was found alive."

Earlier she told TimesLIVE that Ramudzuli was someone she had known his whole life, and that they “took him on to give him a chance”.

“I am delighted that he is back.”

The Kings Walden Garden Manor guesthouse is searching for one of its waiters who was last seen on Friday night.
News
2 years ago