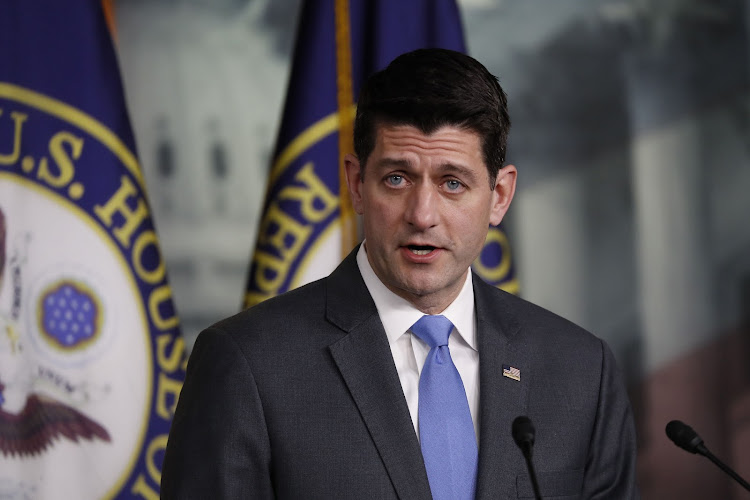 House Speaker Paul Ryan addresses a news conference where he announced he would not seek re-election in November, on Capitol Hill in Washington, U.S., April 11, 2018.
Image: REUTERS/Aaron P. Bernstein

US House Speaker Paul Ryan said on Wednesday he has been assured by the White House that President Donald Trump does not intend to fire Special Counsel Robert Mueller or Deputy Attorney General Rod Rosenstein over their Russia probe.

"I have no reason to believe that that's going to happen," Ryan said at a news conference. "I have assurances that it's not, because I've been talking to people in the White House about it."

Trump's anger at Mueller, whose probe includes looking into possible collusion with Russia by Trump's presidential campaign, erupted again this week after a raid by Federal Bureau of Investigation agents on Monday that targeted the president's personal attorney, Michael Cohen.

Reports have circulated for months that the Republican president was also considering firing Attorney General Jeff Sessions and his deputy, Rosenstein. Rosenstein took over responsibility for the Russia probe after Sessions, who was a Trump adviser during the 2016 campaign, recused himself.

"My thoughts haven't changed," Ryan told reporters at the news conference, held to announce his retirement from the House. "I think they should be allowed to do their jobs. We have a rule of law in this country and that's a principle we all uphold."

The Dutch son-in-law of one of Russia’s richest men was sentenced on Tuesday to 30 days in prison and fined R236,195 for lying to Special Counsel ...
News
4 years ago