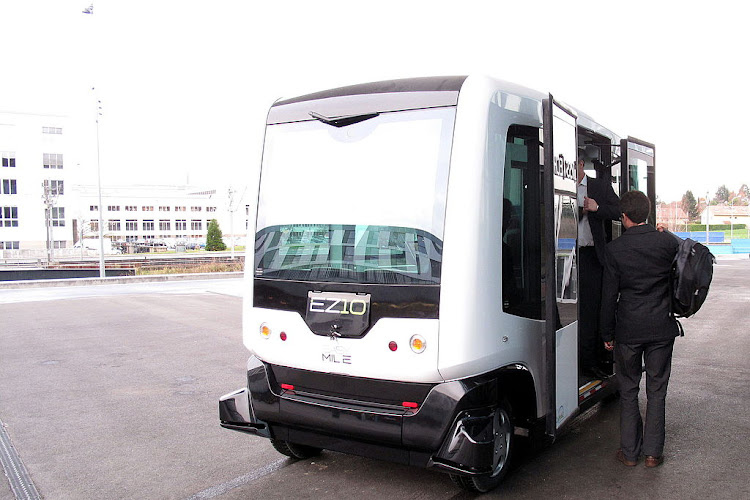 The National Highway Traffic Safety Administration on Monday said it had ordered Transdev North America to immediately stop transporting school children in Florida in a driverless shuttle, as the testing could be putting them at "inappropriate" risk.

Transdev's use of its EZ10 Generation II driverless shuttle in the Babcock Ranch community in southwest Florida was "unlawful and in violation of the company’s temporary importation authorization," the auto safety agency, known as NHTSA, said in an order late on Friday.

"Innovation must not come at the risk of public safety," its deputy administrator, Heidi King, said in a statement.

"Using a non-compliant test vehicle to transport children is irresponsible, inappropriate, and in direct violation of the terms of Transdev's approved test project."

In March, NHTSA gave Transdev permission to temporarily import the driverless shuttle for testing and demonstration purposes, but not as a school bus.

Late on Monday, the company confirmed it had voluntarily agreed to stop what it called a planned six-week pilot project one week earlier "out of deference to NHTSA."

In a written statement, Transdev said the "small pilot was operating safely, without any issues, in a highly-controlled environment."

The company said it believed the pilot met the requirements of the testing and demonstration project approved by NHTSA for adults and children to ride on the same route.

It added that it did not sacrifice safety for progress, would never do so, and was committed to complying with regulations.

In a news release in August, the company said it would operate a school shuttle service starting in the fall with an autonomous vehicle, calling it the world's first.

Transdev said the 12-person bus would operate from a designated pick-up area with a safety attendant on board and travel at a top speed of 8 mph (13 kph), with the potential to reach speeds of 30 mph (48 kph) once additional infrastructure was completed.

There are numerous low-speed self-driving shuttles being tested in cities around the United States with many others planned.

NHTSA previously said it was moving ahead with plans to revise safety rules that bar fully self-driving cars from the roads without equipment such as steering wheels, pedals and mirrors as the agency works to advance driverless vehicles.

The agency has said it opposes proposals to require "pre-approving" self-driving technologies before they are tested.

NHTSA told Transdev that failure to take appropriate action could result in fines, the voiding of the temporary import authorization or the export of the vehicle.