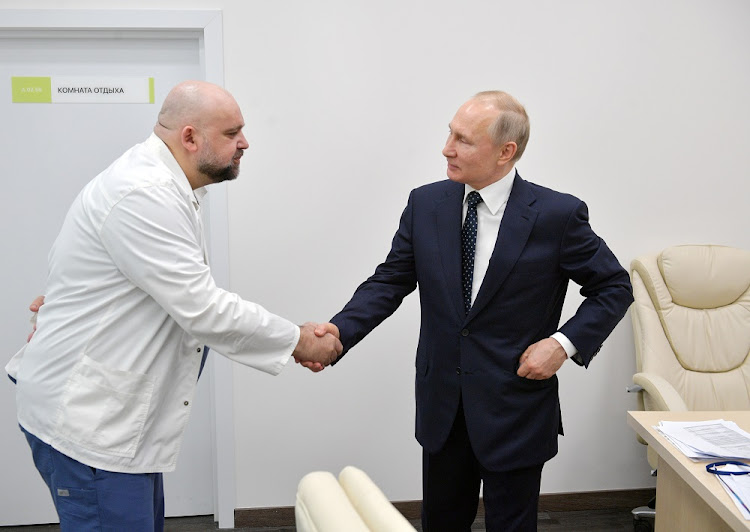 President Vladimir Putin is taking precautions to protect himself against coronavirus, the Kremlin said on Wednesday, as Moscow authorities launched a smartphone app designed to track people who have been ordered to stay home because of the virus.

Putin will hold a government meeting later on Wednesday by video conference, the Kremlin said, a day after a doctor who met him last week said he had been diagnosed with the highly infectious virus.

The Kremlin, which has said that everything is fine with Putin's health, said the president was now keeping his distance from other people and preferred to work remotely.

Asked if Putin had changed the way he greeted people and was now keeping a distance, Kremlin spokesman Dmitry Peskov said:

"Of course, now everyone is maintaining a social distance. Everyone is doing this."

Russia expanded its coronavirus lockdown on Wednesday to cover more of its sprawling territory as the official tally of infections rose to 2,777, a one-day increase of 440. Twenty-four people have so far died in Russia, authorities say.

Moscow, a bustling metropolis of more than 12.5 million that has become the epicentre of Russia's outbreak, has come to an eerie standstill since announcing a partial lockdown on Sunday.

Residents can leave their homes only to buy food or medicine nearby, get urgent medical treatment, walk the dog or empty their bins. Red Square was largely empty on Tuesday except for police who stopped occasional passersby to check their papers.

On Wednesday, a Moscow city official said authorities had developed a smartphone app for residents who have contracted the virus that would allow officials to monitor their movements. The app will be available from Thursday, the official, Eduard Lysenko, told the Ekho Moskvy radio station.

The Russian capital is also preparing to roll out a QR-code system where each resident that registers online will be assigned a unique code that they can show to police officers if stopped when going to the shop or the chemist, he said.

Both measures appeared in an unconfirmed draft blueprint for a city-wide surveillance system that was circulated online this week. Kremlin critics said it risked turning Moscow into a "digital concentration camp".

Lysenko said that anyone without a device that is able to download the tracking app would be lent one by city authorities that they would later return.

Eight southern Russian regions rolled out lockdown measures similar to Moscow on Wednesday, meaning that over two thirds of Russia's more than 80 regions are now in a state of partial lockdown.