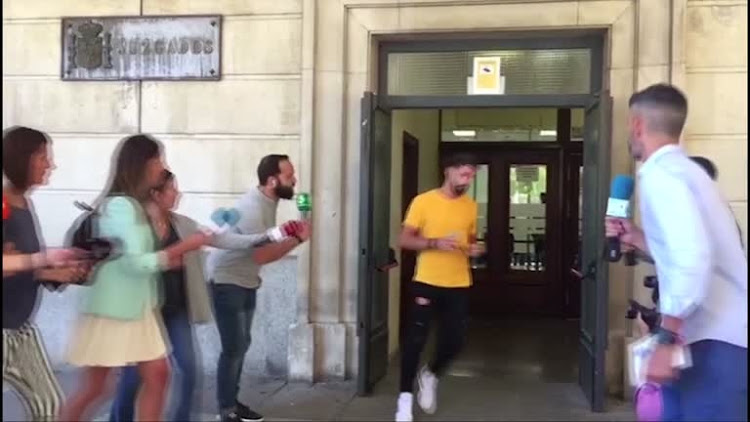 Four of the five men serving 15-year jail terms for gang-raping a teenager at a Spanish bull-running festival in 2016 have been handed additional prison sentences in a separate sexual-assault case, a court in Cordoba said on Thursday.

One of the men was sentenced to four years and six months, while the other three were sentenced to two years and 10 months for sexual assault and breach of privacy that occurred a couple of months before the rape during the San Fermin festival.

The first "Wolf Pack" case, referring to the name the group of men called themselves, gained notoriety amid the global #MeToo movement, triggering mass protests and calls for changes to Spain's rape law.

Evidence of the second sexual assault was discovered during the investigation of the San Fermin case in the northern city of Pamplona. Investigators found a video on the cellphone of one of the accused in which a woman appeared unconscious while men were abusing her inside a car after a night of partying in Torrecampo, in southern Spain.

The court handed down the sentences "taking into account personal circumstances of the defendants, who after this committed a more serious crime with a very important public relevance".

The lawyer for the four men was not immediately available to comment.

The Supreme Court ruled in June of 2019 that the five men were guilty of rape and sentenced them to 15 years in prison, reversing a lower court decision that had convicted them of the lesser crime of sexual abuse, in a case that sparked protests in Spain.

In November, two of them were sentenced to another three years and three months in prison for recording videos and taking photographs of the Pamplona victim.