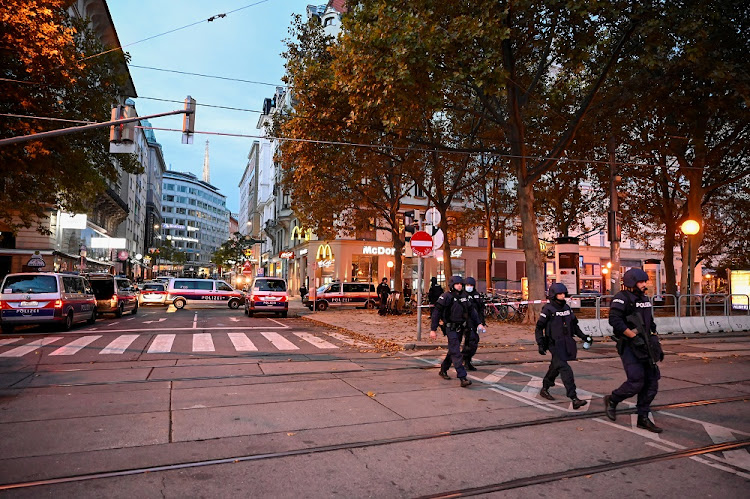 Two men and a woman died in the attack on central Vienna on Monday night that the Austrian interior minister blamed on an Islamic State sympathiser, the only known attacker was shot dead by police, Vienna's police chief told a news conference on Tuesday.

Homes searched, arrests made in connection with Vienna attacks

Several homes have been searched and arrests made in connection with Monday's deadly attacks in Vienna, Austrian news agency APA reported on Tuesday, citing the Interior Ministry.

The searches on Tuesday morning were connected to the attacker who was killed, APA said.