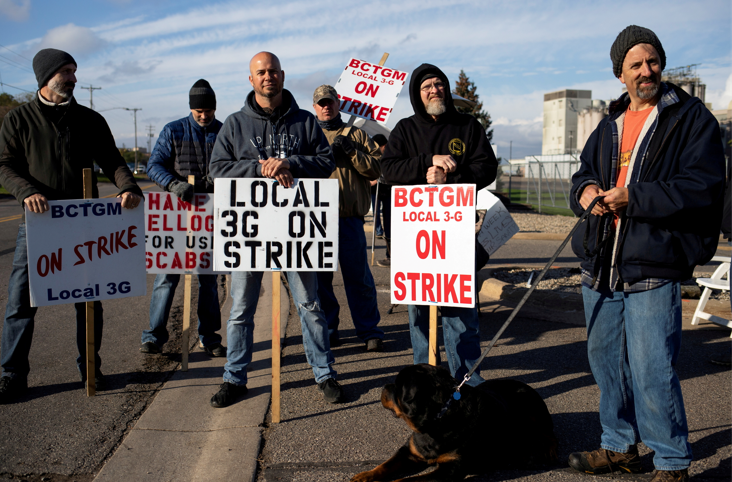 A group of union workers from Kellogg's picket outside the cereal maker's headquarters as they remain on strike in Battle Creek, Michigan, US, on October 21, 2021.
Image: REUTERS/Emily Elconin/File Photo

Kellogg Co has reached an agreement with the union on a new five-year contract for its employees at a few breakfast cereal plants in the United States, it said on Thursday, almost two months after workers went on a strike.

The union expects employees to vote on the latest tentative agreement on December 5, Kellogg said.

Employees at Kellogg's cereal plants went on strike on October 5 after their contracts expired, as negotiations over payment and benefits stalled due to differences between the company and about 1,400 union members.

Kellogg had hired permanent replacements for some of its plant workers who were on strike, after the union rejected a revised offer from the company earlier last month.

Parents who were outraged when Kellogg's SA replaced its original Kellogg’s Rice Krispies with a far sweeter, multigrain version 18 months ago will ...
News
2 years ago