Car drives into a crowd in Berlin, one dead 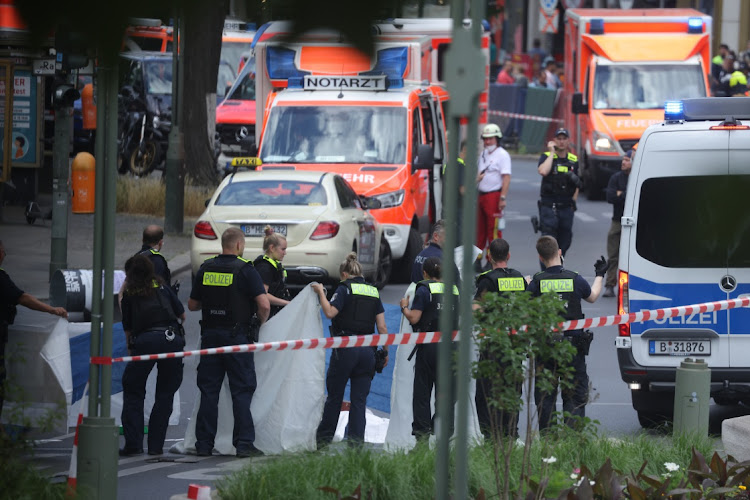 Police surround the body of a person killed when a car plowed into pedestrians on Kurfuerstendamm avenue on June 08, 2022 in Berlin, Germany. According to initial reports at least one person is dead and ten are injured following the incident. Police have not yet said whether it was an accident or some sort of attack.
Image: Sean Gallup/Getty Images

A car drove into a crowd of people in western Berlin on Wednesday, killing one person, mass-selling daily Bild reported.

A spokesperson for the German capital's fire service told Reuters around 30 people were injured.

“A man is believed to have driven into a group of people. It is not yet known whether it was an accident or a deliberate act,” police said, adding that he was being held at the scene.

The incident took place near the scene of a fatal attack on Dec. 19, 2016, when Anis Amri, a failed Tunisian asylum seeker with Islamist links, hijacked a truck, killed the driver and then ploughed it into a crowded western Berlin Christmas market, killing 11 more people and injuring dozens of others.