Video of woman being beaten to death appears old: police 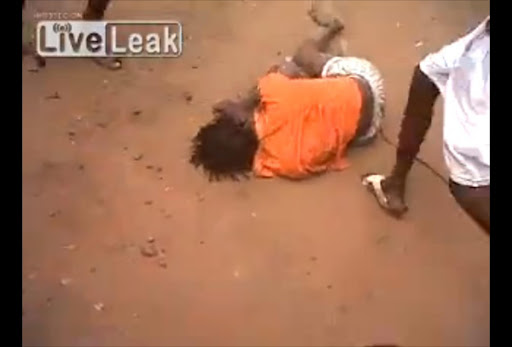 A shocking video has emerged out of South Africa which (allegedly) shows ANC party members brutally beating a COPE party supporter to death around the time of the just ended national elections.
Image: Liveleak

The video of a woman being attacked by some people wearing ANC shirts might not be recent, police said on Monday.

"We have seen the video, it looks a bit old," spokesman Lt-Gen Solomon Makgale told Sapa.

"It does not seem to have happened recently."

The two-minute video shows a woman in an orange T-shirt on the ground being kicked and pummelled with the back of an axe. Some of the people in the crowd are wearing African National Congress T-shirts.

The Star newspaper reported on Monday that the video was posted by Adriana Stuijt, a journalist staying in the Netherlands.

"We still need to establish its authenticity because no one seems to know where it comes from," Makgale said.

He appealed to anyone with information about the video to contact the police.