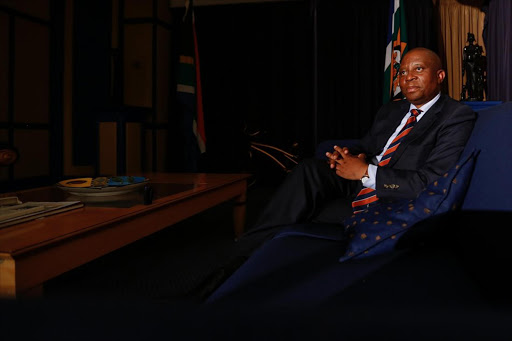 City of Johannesburg MMC Anthony Still is quitting over a dispute with Executive Mayor‚ Herman Mashaba.

"It is with regret that I announce that MMC Anthony Still‚ serving in the Environmental and Infrastructure Services Department‚ will be standing down effective today‚ Tuesday‚ 14 February 2017‚" Mashaba said in a statement.

"I have sat down with MMC Still and discussed the matter extensively. Unfortunately‚ we held a difference of opinion on the approach to tackling matters of investigations into alleged fraud and corruption within City Power."

A week ago‚ Mashaba announced that a forensic investigation into City Power tenders valued at billions of rand has been launched.

He did not elaborate on the grounds of the "difference of opinion" between him and Still.

Mashaba nevertheless paid tribute to Still‚ saying he has "served the City of Johannesburg in various roles for a considerable period of time. His knowledge on matters of infrastructure services has been invaluable".

Nico De Jager will now assume the position of MMC for Environmental and Infrastructure Services.

The mayor said De Jager has served as a councillor in the City of Johannesburg since 2005.

"He possesses a wealth of experience and skills that will bring value to this role. To add to his experience in Council‚ MMC De Jager has a tertiary qualification in Public Administration.

"MMC De Jager has the tenacity to address the serious issues that plague the delivery of services from the City Entities that operate under this Department. I regard this to be the most important aspect of any candidate for this position. The change that has been required by the voters of Johannesburg requires this kind of tenacity‚ to which I refer‚ to deliver it."

When he announced the probe into City Power tenders‚ Mashaba said: "It is essential that this investigation is conducted by an independent and professional auditing firm in order to ensure that its report is free of any political interference or bias."

Sizwe Ntsaluba Gobodo Incorporated‚ one of the top five auditing firms in South Africa‚ was appointed to handle it. Mashaba added that he expected a report to be finalised within six weeks.

Confirmation of the probe came in the wake of a statement by the ANC in Johannesburg which charged that Mshaba was “putting pressure on Joburg Metro Boards to fire senior managers‚ simply because these managers were employed by the ANC administration”.

“The ANC understands that Mayor Mashaba has instructed the board of City Power led by Struggle veteran Frank Chikane to suspend the utility's Managing Director Sicelo Xulu. Mashaba threatened to dissolve the Board if this doesn’t happen. On Monday the 6th of February 2017‚ Mashaba instructed the new Joburg City Manager‚ Ndivho Lukhwareni‚ to dissolve the City Power board. The decision to dissolve the board was resisted by the City Manager‚ who is now under pressure from the Donald Trump-like totalitarian tendencies of Mashaba‚” the ANC asserted.

The ANC charged that the power utility’s board was now in an “unenviable position” to either comply with Mashaba's instruction and suspend Xulu‚ or risk being dissolved for refusing to suspend Xulu.

“The ANC believes that Lukhwareni will not be able to resist Mashaba's thirst to remove boards of City entities for too long‚ especially at City Power‚” the ANC stated.

Mashaba hit back‚ saying he found it staggering that the ANC would take interest in investigations into City Power tenders authorised during their term in office.

“I regard it as an indication that we are looking into the right tenders‚” he said.

“This interest and opposition to our fight against corruption in the City of Joburg gives credence to the idea that where there is smoke there is fire. The statement of the ANC begs the question‚ ‘If there is nothing to hide in this tender‚ why the level of interest?’."

He said he had a direct message for the ANC: “If you have any discomfort in the focus of our investigations‚ all I can say is please get used to it. I can offer you no comfort‚ only the assurance those found guilty of corruption are behind bars and stolen money is recovered.”