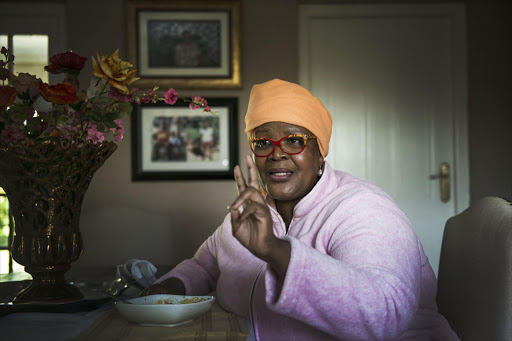 Former African National Congress MP Vytjie Mentor has called on South Africans to fight for the country and land a final blow to the capture of the state by private individuals.

In a video on her Facebook account‚ Mentor said details from leaked emails revealed by the Sunday Times were the same information she had given to the Public Protector.

“Rise up‚ fight for your country before it is too late. I am battling for my life but I’m battling for this country too. I am not going to stop… Please South Africa‚ the time is now. Stand up. Let us put hands together and deal with this monster and give him a final blow together‚” Mentor said.

The leaked e-mails show wide-ranging Gupta family control over cabinet ministers and the CEOs and board members of parastatals.

The correspondence also gives insight into the role of President Jacob Zuma's son Duduzane in the Gupta scandal. Duduzane is a close Gupta associate and is believed to have made billions through this partnership. Another series of emails show the Guptas were central to a scheme for President Zuma and his family to acquire residency in Dubai‚ in the United Arab Emirates.

Mentor vouched for the accuracy of this information.

“As I have told South Africa before‚ Zuma is planning (to run) to Dubai and not only himself but he plans to take some of his closest friends in the cabinet and his family to Dubai also. You South Africans have been saying I’m telling lies. You have called me all sorts of names. You have refused to acknowledge the truth that I was telling you. But today‚ when you are told by the newspapers‚ I hope you will believe the things that I have been preaching about‚” she said in her Facebook video.

The Gupta family‚ through its lawyer Gert van der Merwe‚ has denied any wrongdoing. Van der Merwe said the reports relied on undisclosed documents and assumptions of impropriety‚ resulting in a clear intention to influence political perception. This was another example of fake news‚ he said.